How Has The Disney Store Changed? 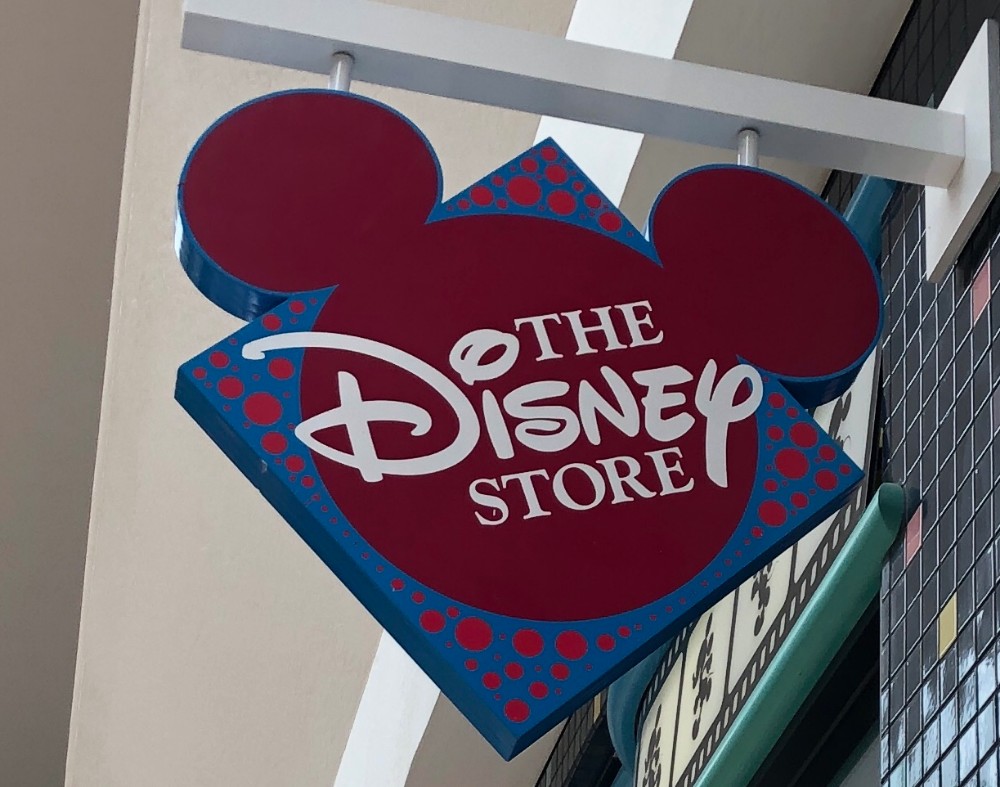 10 Jun How Has The Disney Store Changed?

Like so many other children in the nineties, Disney Stores contain fond memories of visiting shopping malls with family and being greeted with a big film reel with purple Disney font. They are frequently referred to as “pink and green” stores. At many of these stores, there are also statues featuring beloved Disney characters. Visiting the Disney store was almost as exciting as visiting Disneyland itself. Everything was colorful, bright, and you could see your favorite characters on various merchandise. While the stores might not look the same as they did in your childhood, Disney Store designs have modernized but still keep the magic going.

The first Disney Store opened in Glendale, CA, in 1987. Since the store was a booming success, the Walt Disney Company decided to expand. In just ten years, 749 Disney Stores opened worldwide. As many are aware, the 1990s was a very successful time for Disney. It is affectionately referred to by Disney fans as “The Disney Renaissance” because of the widely successful and popular films that were released from “The Little Mermaid” in 1989 to, arguably, “Tarzan” in 1999.

The Disney Stores exploded during the Disney Renaissance, but when the Disney company began to falter after a string of less than stellar films, the demand for the latest Disney merchandise decreased. It even got to the point that in 2002, Disney sold the licensing for the Disney Store to other companies. For a time, Disney did not even technically own the Disney store, and Children’s Place owned many of the stores. Just a few years later, Children’s Place filed bankruptcy allowing Disney to buy back their stores.

How Many Different Disney Store Designs Are There?

Disney Stores went through an initial redesign when they develop “pipe rail” stores. The layout makes the store feel like a film studio. You will find characters hanging from the ceiling with movie production equipment. Railings run along the sides with characters interacting with film reel canisters. Stores that opened in the early 2000s got the pipe rail design.

In 2009, Disney set plans in place to rebrand the stores. With the help of Apple’s Steve Jobs, many of the Disney Store locations today are designed under the “Imagination Parks” concept. The Walt Disney Company considered this as a new name for the stores, but they ultimately decided to keep the name as The Disney Store.

An Imagination Parks store brings a more connected experience to guests that shop there. The design in many of the standard stores is the same in terms of the wall decorations and the white trees. The idea behind an Imagination Park store is that customers can feel like going to the Disney Store is an experience. For instance, the store may play the infamous “Mahna Mahna” from the Muppet Show. Then, guests will see lights and colors flow around the store. If a person is celebrating something special, the Disney Store cast members can uniquely welcome that guest. How Did The Look Of The Disney Store Change?

The first stores to get this redesign opened in 2010, with 40 more opening the following year. The most significant changes within this design allowed the Disney Store to be more of an experience than just a shop. They feature play areas for kids and comfortable spaces for people to sit and watch film clips or music videos. Additionally, select Disney Stores do events, including Trivia Contests or exclusive shopping events. Further expansions of the Disney store have occurred since then, including a partnership with J.C. Penny to host a Disney department within their stores.

The downside of the redesign is that most of the stores no longer welcome guests with the film reel logo and moving statue characters. Now, the storefronts typically feature brown backdrops with the red Disney logo. One of the focuses of this blog will include exploring different Disney store designs. While many of the Disney stores near me in the San Francisco Bay Area have the same model, some do fit the old standard, like the locations in Fairfield, CA and Newark, CA. Do All Disney Store Have The Same Design Now?

You can find Disney Stores of every design all over the country. In my area alone, there are two pink and green stores, one pipe rail, and a lot of Imagination Parks. Disney Store’s are not limited to just these concepts. Flagship stores incorporate images of nearby famous landmarks. For example, the location in San Francisco has images of the Golden Gate Bridge and The Palace of Fine Arts. Some flagship stores will also include themed Disney merchandise related to that area. Here are some examples of merchandise from Chicago and New York City.

Gateway to Disney World: Magic of Disney at MCO

With redone Disney Store designs, Disney has found ways to bring together concepts that are unique to the areas they serve. For instance, Disney’s flagship store in Chicago and New York have exclusive merchandise and are practically tourist spots in their own right. One of the more recent Disney Store designs is situated right by the most magical place on earth.

For many, Orlando International Airport is the gateway to magic as they arrive to experience a Walt Disney World vacation. Disney has been hard at work for many years with bringing that magic throughout the airport. People can sense the magic from the moment they step off the plane. In January 2019, Disney took this to the next level with the Magic of Disney store. You can pick up authentic Disney parks merchandise without needing to step foot on WDW property. Magic of Disney welcomes travelers in MCO’s Terminal B, but they can also swing by the store in Terminal A.

For future Disney Store designs, expect open-air concepts that are inviting and welcoming. The Magic of Disney feels like a hybrid Disney Store in the mall and a store in the theme parks. You can find merchandise from the parks, or get some park essentials on your way to the parks. Photo was taken from disneyparks.disney.go.com

Stay tuned in with The Mouse Stops Here to read about exciting Disney Store designs.