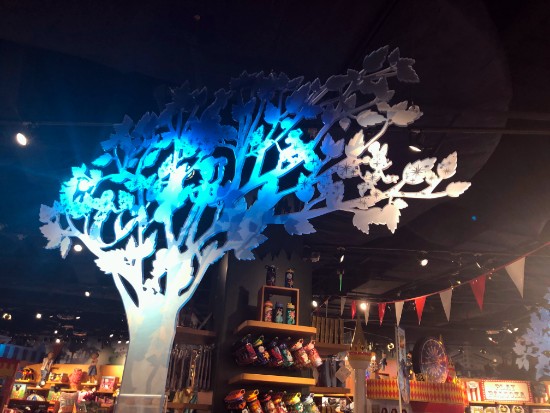 The Hunt For Disney Stores In Santa Ana

The city of Anaheim, California is synonymous with the Disneyland Resort. Odds are, you are visiting the city for a convention or for a trip to the original Magic Kingdom. On a recent trip, I was curious about Disney shopping outside of the actual resort. While the resort can easily be a one-stop-shop with Downtown Disney and stores inside resort hotels, you can venture off into the city to find different things. Many convenient stores capitalize on their proximity to the park by offering plushes and t-shirts at significantly lower prices than the park. Can you find the same deals at the nearby Disney Store? I put together this Disney Store in Santa Ana Review so you can see if it’s worth driving away from the Disneyland Resort. 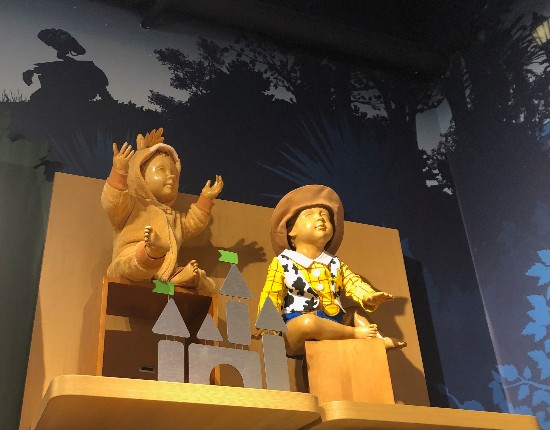 Where Is The Disney Store In Santa Ana Located?

I’ve been going around different Disney stores to spot differences and see what each one has to offer. From retro styles to exclusive merchandise, sometimes Disney stores just have a little extra pizazz. With the MainPlace Mall being just 15 minutes away from Disneyland, it would be a nice way to take a break from the parks and get some non-Disney shopping in without the Disneyland markup.

But if you are in Santa Ana on a Disney vacation, you will still want to keep that magic alive. Why not check out the Disney Store in the Santa Ana Mall to keep it going?

Getting to the MainPlace Mall is easy enough. In a car, you get on Interstate 5 going South and take the W La Veta Ave exit. You could also take the number 83 bus and get there for two dollars in 33 minutes. The bus actually picks up at Disneyland and would not require a transfer. Get off at the Main Place stop and the mall is just a short walk away.

What Does The MainPlace Mall In Santa Ana Have?

MainPlace Mall is a pretty typical American mall. Anchor stores are JCPenney and Macy’s, and has a large 24 Hour Fitness, Ashley HomeStore, and Round One Arcade. It was originally put together in 1958 and was an innovative concept for its time. The design was meant to emulate the Theme Building at LAX and consist of upscale fashion stores.

As time went on, different stores popped up here and there. Ultimately, the shopping center was mostly demolished in 1987 to get a complete makeover.

After another period of decline including 35 store closures, MainPlace Mall is moving into a different direction. They announced in March of 2019 that there would be a huge remodel that would expand and update the mall. Changes will include upgrading the movie theater, a grocery store, and adding apartment communities.

What Is The Disney Store in Santa Ana Like?

If you have walked into the World of Disney store in Downtown Disney, you will know the feeling of being swept into the magic from the moment you approach the entrance. No matter the weather or time of day, it always seems to have a warm and welcoming presence. It doesn’t even matter which side you walk in through, any Disney fan will feel excited.

Disney Stores can offer this same effect on Disney diehards. The store in San Francisco and in Newark, CA definitely welcome guests and bring instant joy. While it is not quite World of Disney caliber, it is still exciting and fun just to visit. Before making the trip, I thought that the Disney Store in Santa Ana could go one of two ways: It can blow every other mall Disney Store out of the water and feel like a piece of Disneyland, or it could be underwhelming. I quickly discovered that underwhelming is an understatement.

Flickers Of Disney Magic Without The Excitement

Naturally, the Disney Store would not be extensive and beautiful as the shops in Downtown Disney. I first noticed that it is probably the smallest Disney store I had ever seen. Quickly, I figured that the reason for this was simple economics. 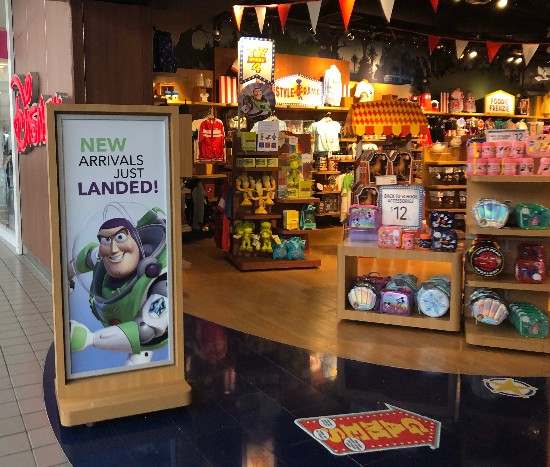 With Disneyland so close by, this store might not see as much action. People likely choose to take 15 more minutes to go to World Of Disney instead. My next thought was that maybe it will be like a store advertisement for Disneyland. At the very least, there was a Buzz Lightyear sign saying “New Arrivals Just Landed!” so I’ll probably find a new treasure.

I walked in and was not greeted by a cast member like I normally am in a Disney Store. They were busy sorting through things behind the register, but there was no hellos or welcome greeting. I continued my way through the store and sure enough, it is about as basic of a Disney store as you can get. It is also about as small of a Disney store as it could be. 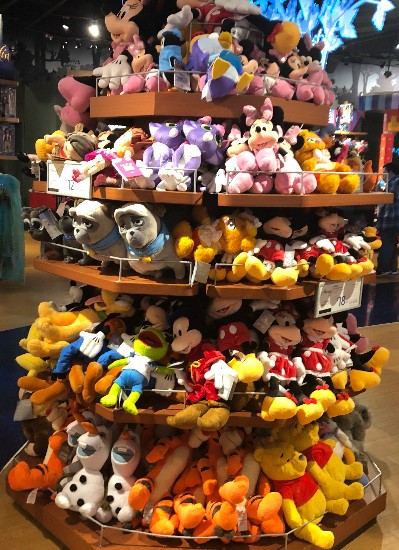 Instead of multiple sections filled with plushes, there was one small stand. There was a buy one, get one 50% off sale on t-shirts, but the selection seemed pretty small given the small tables the shirts sat on.

As I continued to look around, I did not see anything in this store that I can’t find at my local store. There was a small section with items that were just advertised as “Sale” with some small items and two very small racks for adults and kids’ clothing. 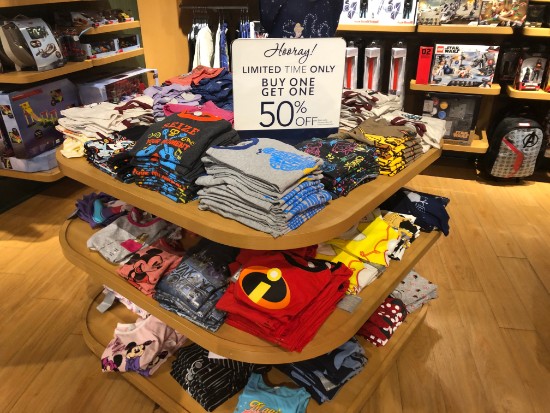 I noticed the sale tags and wondering if there would be any clearance items from the parks like there are in other stores. Its proximity to the parks might make it a convenient drop off location. Even then, there was one item: an extra small Dole Whip dress. 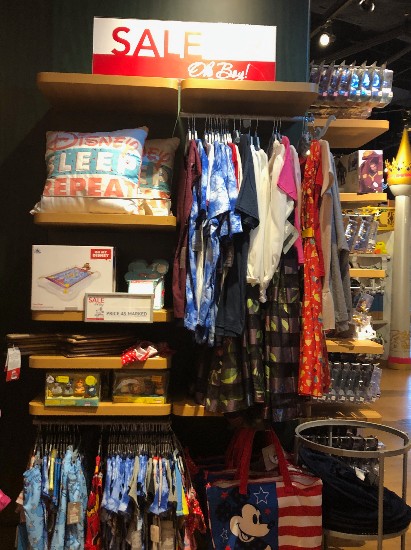 Small Clearance Section With Not Much To Offer

Anaheim is such a great location for a vacation. Obviously, there’s Disneyland but you can explore some really great California sites. For that reason, there is a huge concentration of Disney Stores all-around Santa Ana and Los Angeles. There is the first location in Glendale for nostalgia, the outlet in the Citadel Outlets for a great deal, plus all the wonderful things in the Disneyland resort itself.

To sum up my Disney Store in Santa Ana Review in one word: meh. There is nothing here that you won’t be able to find anywhere else and there is simply nothing unique about it. If you need to go to the mall or other reasons, you could swing in for five minutes and see everything they have to offer. You can pick up some Disney merch at cheaper prices than at the parks, but it is not worth a drive just to check out the store