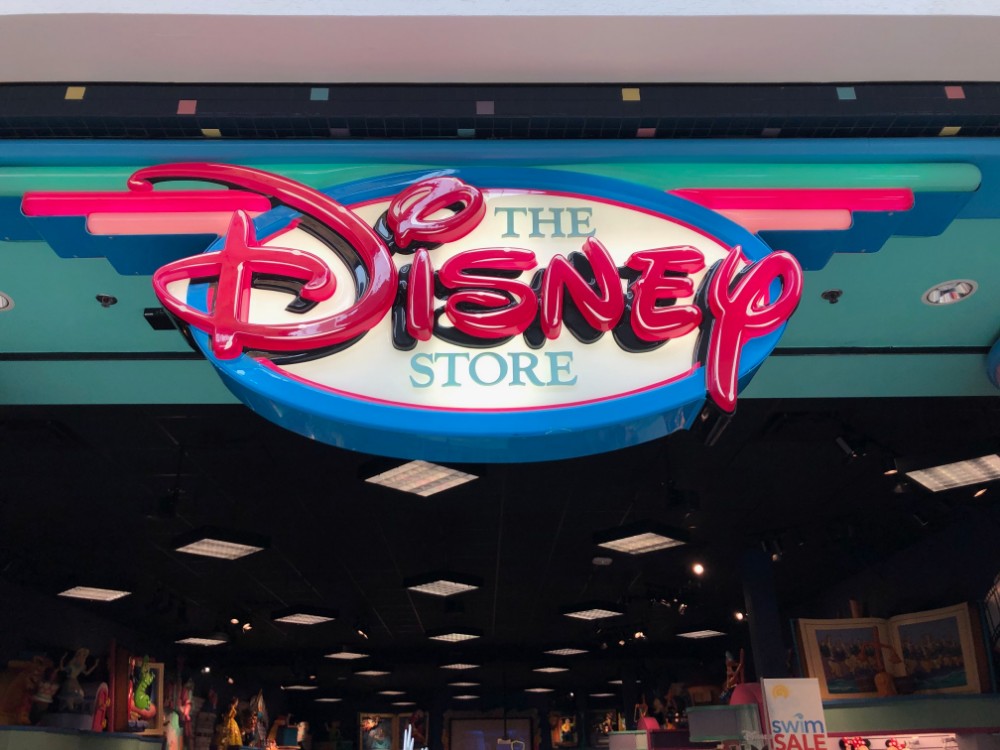 A Blast From The Past: Disney Store in Fairfield Review

This Disney Store in Fairfield review is the first of what will be an ongoing feature of The Mouse Stops Here. Most locations are unique in many ways and we hope you’ll like taking trips with us to see what your local store location has that makes it stand out from others.

Fairfield, California is located about halfway between Sacramento and San Francisco. It is often a stopping off point for travelers between the two cities. You can take the Travis Blvd exit on Interstate 80 to get to the Solano Town Center. Locally referred to as “Solano Mall”, the mall is open between 10 am and 9 pm every day and 11 am to 6 pm on Sundays. The Disney Store in Fairfield is located on the first floor. You can park outside Dick’s Sporting Goods and walk through the store to for easy entry. One nice thing about this mall is that parking tends to be available most of the time. Other decent parking options would be in front of Macy’s or JC Penny’s. 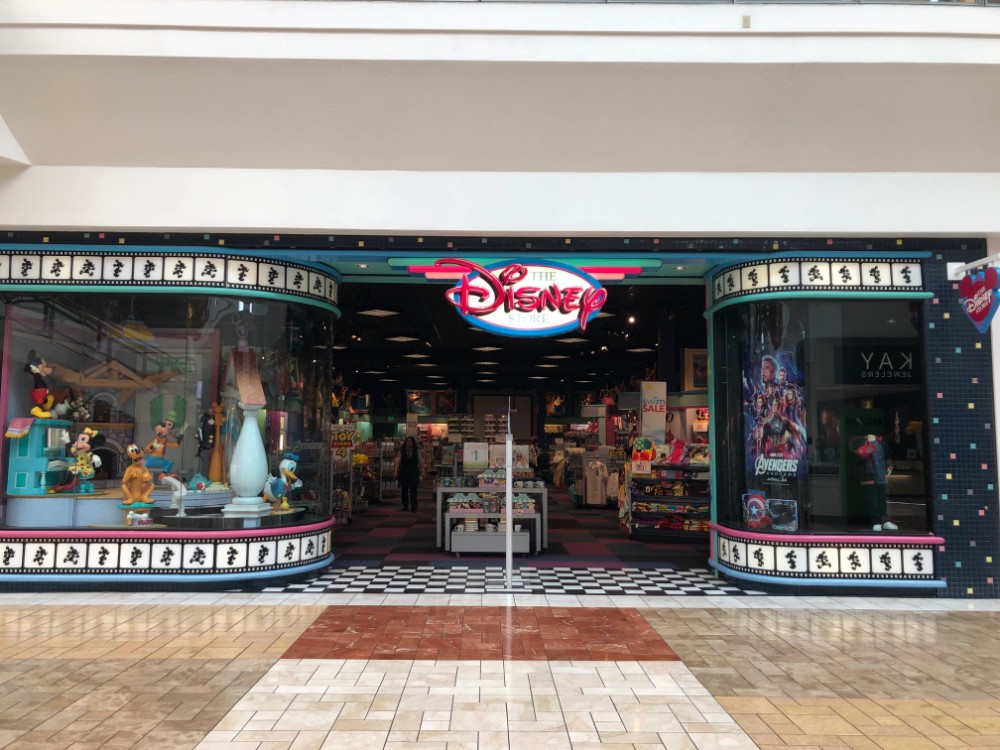 The Disney Store in Fairfield, CA

What Happened To The Film Reel Disney Store?

The first thing you will notice upon walking towards the Disney Store in Fairfield is the retro design. If you grew up in the 1990s, you’ll distinctly remember the look of a Disney Store with its film reel signs. You also might remember the colorful statues adorned on the outside. I felt like a kid again upon seeing that sign. My stomach went into knots with anticipation just as it would 25 years ago. The outside display features the fab five seemingly having a party. Minnie Mouse is at a piano while Mickey dances on top with Goofy and Pluto dancing nearby. Donald is there too, although a little off to the side.

Mickey and pals having a party

Walking into this store is really unlike most Disney stores today. While its set up in terms of merchandise layout is similar, all along the walls are different statues of beloved Disney characters. Chesire Cat greets people towards the entrance as a music staff contains the words, “a very merry unbirthday to you”. Alice and the March Hare are nearby and Alice twists and turns, while the Queen of Hearts and the Caterpillar are displayed next to Alice.

Additional displays include Beast and Belle, Peter Pan and Tinkerbell, Pinnochio, Dumbo, and Sorcerer Mickey and the Magic Brooms. Some of the statues twist and turn like Alice, but the cast members in this store informed me that all of them used to turn in some way or another but have stopped over the years. Currently, only Alice, Tinkerbell, and Sorcerer Mickey move. She also informed me that the statues that can move do so constantly as soon as they turn the lights on, and stop when the lights are turned off. One of my favorite things about the Fairfield store is that they have a giant mountain of plushes in the back of the store. As a kid, I always wondered what it would have been like to jump into the mountain. I would surely be asked to leave if I were to attempt it, but I can still imagine what it would be like. Plush mountain is in front of the giant store screen that plays clips from Disney films. It is the perfect background for a collection of plushes from all kinds of Disney films and franchises.

My favorite thing about plush mountain is that there is usually a wide assortment of options from very different films. On this visit, you could pick up a Porg, Olaf, Mickey, Minnie, Pua, a Muppet Baby, and some other random characters. Disney Stores tend to group up products by film title, but plush mountain has a little bit of everything. Another fun design feature of the Fairfield Disney Store is the backdrop behind the check stand. It contains the outline of a castle with golden Mickey statues on either side. Within the castle is a beautiful mural featuring Snow White reading a story to tons of lovable Disney characters including Baloo, Simba, Chip and Dale, and a bunch more. Behind them is what appears to be Sleeping Beauty castle. While many Disney fans can discuss, or even argue, the logistics behind these characters coming together to hear a story from Snow White, I simply just find the mural very comforting and am willing to overlook the flaws. Perhaps I am overwhelmed by the nostalgia of the store overall, but looking at this mural gave me such joy. All of these characters were ones I adored as a child. Going into the Fairfield store brought back so many fond memories. Even if none of the statues can move any more, I hope this is one store that never gets a redesign and that you enjoyed our Disney Store in Fairfield review.