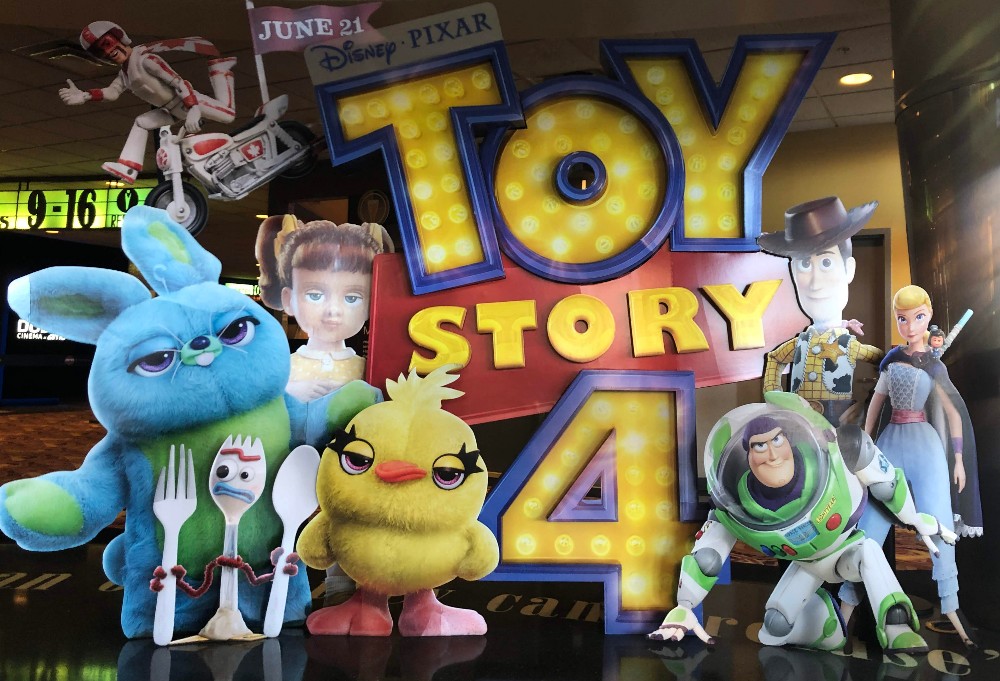 Posted at 15:05h in Movies, Reviews by Ellie 0 Comments

My Thoughts Going Into Toy Story 4

At the end of Toy Story 3, I walked out of that theater feeling complete. I had just watched a beautiful and delightful story about characters I have loved my entire life. I do not use this word lightly, but Toy Story 3 was practically perfect. Entertaining, heartwarming, and the ending seemed like the best bookend to the series.

With the announcement of Toy Story 4, my first reaction was, “Aww, why?” I felt betrayed that a movie that had such a perfect ending would be getting dragged out. Of course, I forgot all of that once I started seeing posters and trailers. I walked into the Toy Story Marathon on Thursday feeling excited about seeing my friends again and checking in on their life with Bonnie. After all, I enjoyed Toy Story of Terror and Toy Story That Time Forgot. I liked the idea of Disney and Pixar continuing that trend.

Beware: There may be some spoilers ahead! 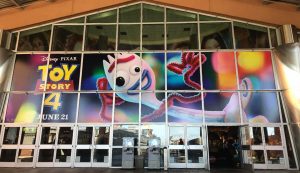 At the beginning of the movie, we go back to Andy’s room. We get to relive observing Andy and the toys in their element. At the end of their play time, we discovered that Andy’s mom is giving away Molly’s Bo Peep lamp. Woody attempts to save Bo Peep, but she tells him that she is okay leaving and suggests he go with her. After overhearing Andy becoming worried that he can’t find Woody, Woody decides to stay. We then get to observe some of the critical moments of the series, and it concludes with Andy giving his toys to Bonnie.

When we transition to Bonnie’s room, it is clear that the toys are still getting used to their new owner. Woody is having a particularly hard time as Bonnie keeps deciding to play with the other toys instead of him. He seems crushed when Bonnie removes his sheriff badge to put it on Jessie’s vest.

What Happens In Toy Story 4?

After seeing Bonnie crying out of fear of kindergarten, Woody takes it upon himself to take care of his kid. He sneaks into her backpack to accompany her to kindergarten orientation. He watches as she nervously tries to make friends, but another child takes away a craft box.

Woody throws some scrap pieces on the trash onto Bonnie’s table. Bonnie is now equipped to let her imagination go, and she creates Forky. Forky becomes Bonnie’s pride and joy. She excitedly shows her teacher and parents and seems less afraid of kindergarten. Woody decides that this means Bonnie needs Forky to help her transition to kindergarten. He takes it upon himself to watch over Forky, even though Forky is confused and thinks he needs to go into a trash can.

From here, Bonnie and her parents embark on a road trip in an RV. Bonnie takes all the toys with her but is most fond of Forky. When Forky jumps out the window to “freedom,” Woody goes after him. The adventure is on as Woody tries to get Forky back to Bonnie. Along the way, Woody is able to convince Forky that he is vital to Bonnie. They run into some new characters at an antique store, including a talking doll with a defective voicebox that sets her eyes on Woody’s voicebox.

Woody and Forky get separated, and Woody runs into Bo Peep. She has spent the last seven years without an owner, helping lost toys find a kid. She agrees to help him get Forky and get them both back to Bonnie’s RV. 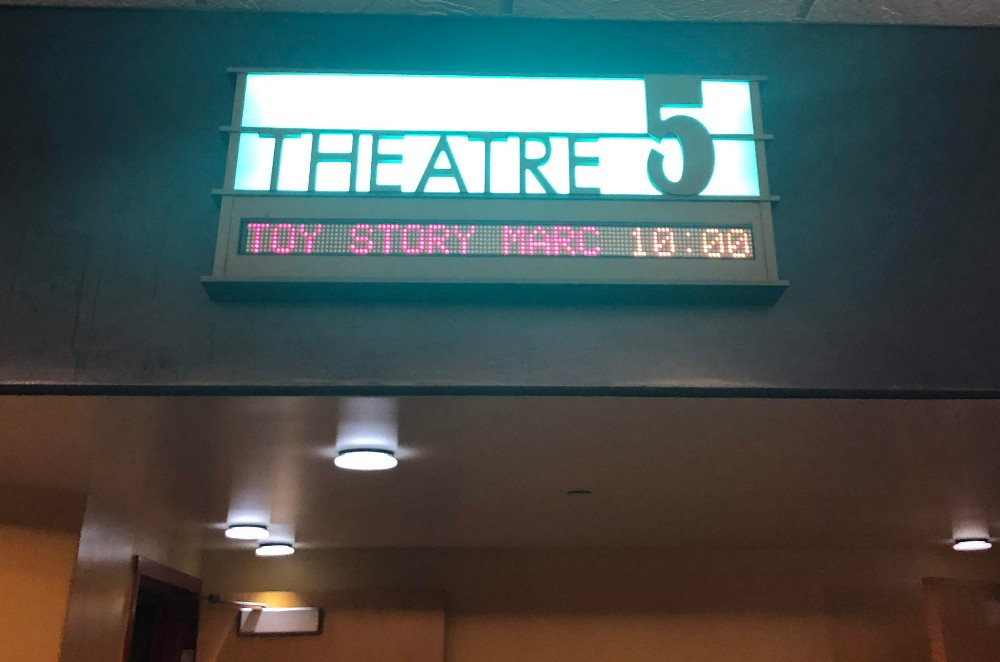 Overall, I would say I enjoyed Toy Story 4 for what it was. It was a fun story with some old favorites and new faces. The animation was stunning. The images in the carnival, the way the light reflected off objects, everything about the animation was gorgeous. At one point, I thought they somehow incorporated real footage of blades of grass because it was just that life-like. I think I appreciated the animation more because I watch the first three movies right before. Pixar is the pioneer of computer animation, and it was really neat to see how they have progressed since 1995. One of my favorite scenes involved Bo Peep and Woody taking a moment to look at the chandeliers and lamps in the antique store. Visually, that entire scene is terrific.

Ducky And Bunny To The Rescue

Out of all the new characters, Ducky and Bunny, were my favorites. They were entertaining and had me smiling whenever they popped up on the screen. I do think their role within the story did not make much sense. They have a pivotal role in the quest to get Forky, but it ends up being a straightforward solution. Although the build-up is humorous, I would have liked to have seen more contributions from these guys. At the very least, I can pick up super cute Ducky and Bunny plushes that smell like cotton candy. 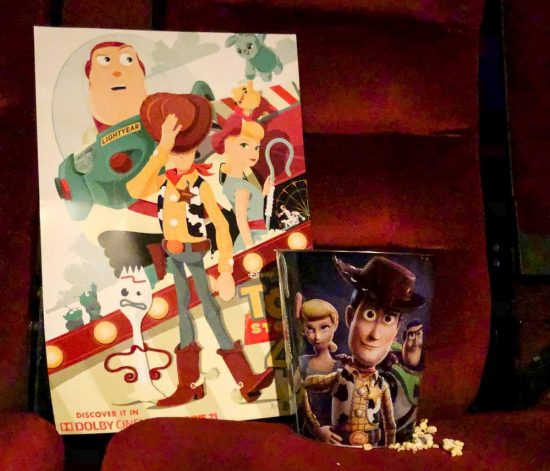 As much as I liked the story, I can’t help but feel like something is missing. Let me start with the positives. The pacing and depth of the story were nice. I was entertained and found myself getting worried about Woody and Forky. To me, feeling concern for the characters shows a good story. I desperately wanted them to reunite with Bonnie and everyone. Without going into spoiler territory, I think it was the ending that made me feel like something was missing.

My expectations were extremely high for this movie. Toy Story 4 met my expectations but did not exceed them. I did not leave the theater feeling fulfilled as I had after Toy Story 3. There are some lingering questions, most of which would be major spoilers. For that reason, I will be leaving them out for now. I will say that it is a fun movie and a must-see for all Toy Story fans. I had a great time seeing all my old friends again. Let me know in the comments what you thought of Toy Story 4.

Need more Toy Story in your life? Take a look at these posts about Toy Story 4 merchandise and happy meal toys.