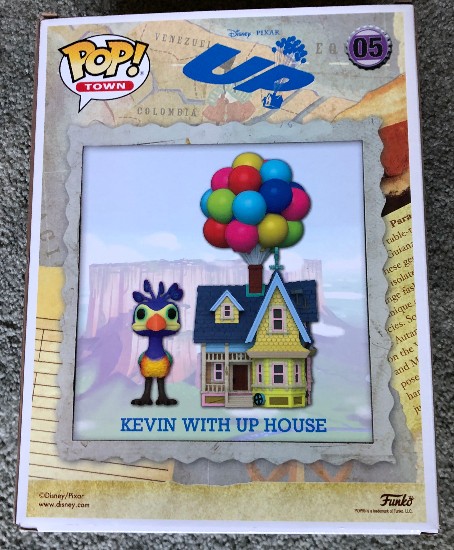 Posted at 11:27h in Merchandise, Movies, Reviews by Ellie 0 Comments

Leaves are changing, and the weather is getting colder, which means that the convention season is over. If a convention was happening and it had anything to do with pop culture, you can guarantee that Disney was represented. Major conventions throughout the country had exclusive Disney merchandise. This year, the New York Comic-Con had two exclusives from Funko Pop! Attendees had a chance to snag a Benson Pop figure or the Up House with Kevin. 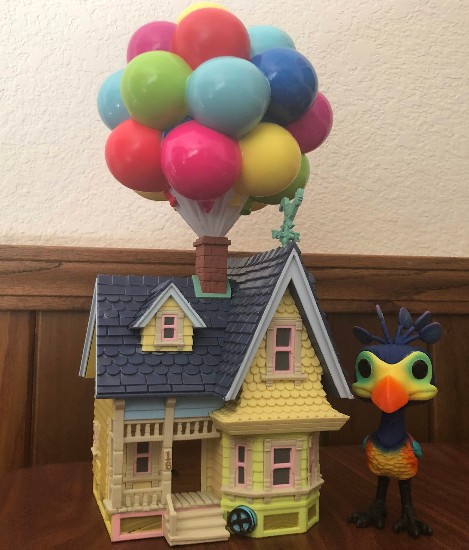 The Design of the Funko Pop Up House

The Funko Pop Up House is a Pop Town set. Pop Towns feature iconic buildings paired with a notable character. Without a doubt, Carl and Ellie’s house fixated with balloons is what everyone thinks of when they think of Up. For many, the film touched their hearts and was instantly a timeless classic. It’s hard to believe the movie celebrated its tenth anniversary since people still talk about it as if they watched it yesterday. 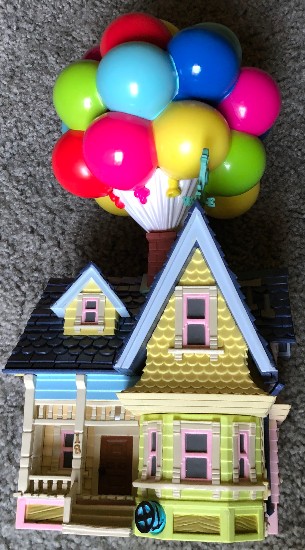 The Up House captures a lot of emotions from the film. The most memorable part of the movie is the first ten minutes in which we watch Carl and Ellie’s lives together and feel the heartbreak when Ellie passes away. For Carl, the house is a piece of Ellie.  This is why he does not want to allow his house to be torn down. When he decides to finally fulfill his and Ellie’s dream of going to Paradise Falls, their home is the mode of transportation. 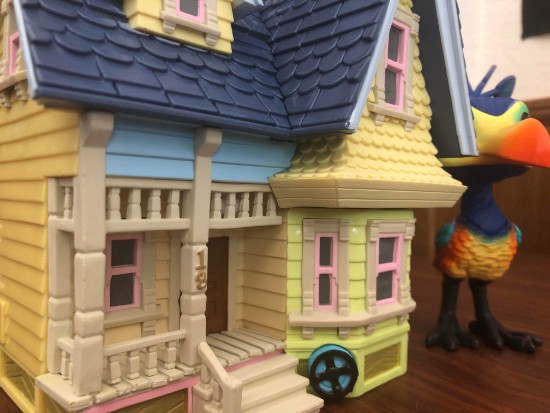 The Funko Pop Up House is straight-up adorable. While you can’t see inside, the outside of the house is perfectly crafted. There are details on the sides of the include the electrical panel and the garden hose. Including the garden hose was a subtle nod to the film, given that Carl ends up moving the house by holding onto the hose. The only thing missing is the mailbox, but I am willing to overlook that since the mailbox was not attached to the house in the film. 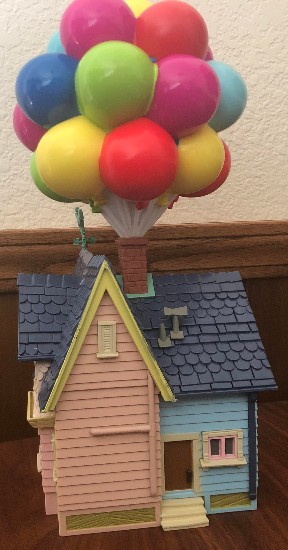 How Big Is The Funko Pop Up House?

The house is approximately 12″ x 6″ x 5″. This size makes it a perfect little set up for any room in your house. Kevin is about 5” tall. In the film, Kevin is expected to be about 13 feet tall, so she is likely made to scale in relation to Carl and Ellie’s house.

What Comes With The Funko Pop Up House?

While the house is an excellent collectible on its own, this set also comes with a Kevin figure. There have been quite a few Funko Pop Up figures over the years that include Carl, Russell, Dug, and young Carl and Ellie. Kevin has always been excluded. With the Up house, Kevin makes her entrance as a pop figure. Kevin is a memorable part of the film since she is the elusive bird that captures the obsession of Charles Muntz. To Russell, she is the lovable new friend who loves chocolate.

Personally, I could take or leave most pop figures. I was starting to think they were a little overrated. Kevin has captured my attention. Admittedly, I am a huge Up fan, and Kevin is my favorite character. I appreciated the colors of Kevin’s feathers. I hope that Funko continues to incorporate Kevin as a figure. If ever they create a figure of her with her babies or with Carl’s cane stuck in her mouth, I’m sold! 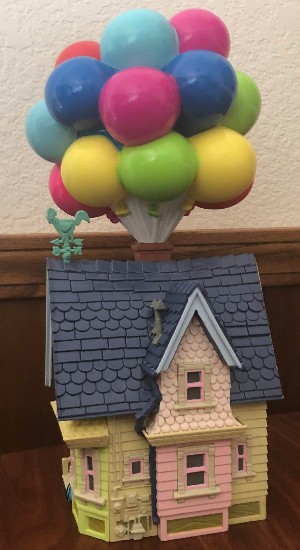 Where Can I Get The Funko Pop Up House?

The Funko Pop Up House was exclusive to New York Comic-Con. If you did not attend, you are in luck.

Right now, you can get one at Box Lunch either in store or online. You can click here to order one from Box Lunch. Funko usually offers certain retailers shared exclusive rights.

The version you can pick up at Box Lunch is the same as the one sold at NYCC. It even has the same Convention Exclusive sticker with the Statue of Liberty. Box Lunch’s website does note that they cannot guarantee box condition, so keep that in mind if you are looking to collect and keep it in the box.

You can find the Funko Pop House on eBay, as well. Resellers are marking the price up to $70+, but it is the same that you can get at Box Lunch for $50.

I noticed that some of the eBay listings do not have the sticker, but this could be an error with whoever placed the stickers, or it was peeled off. Once Box Lunch sells out, you will be stuck paying that extra to resellers as Funko generally does not produce more exclusives after they sell out.

I was able to pick one up at my local store and use Box Lunch money to get quite a deal. If there is a Box Lunch location near you, check with that store first to see if they have any in stock to get the best deal right now. 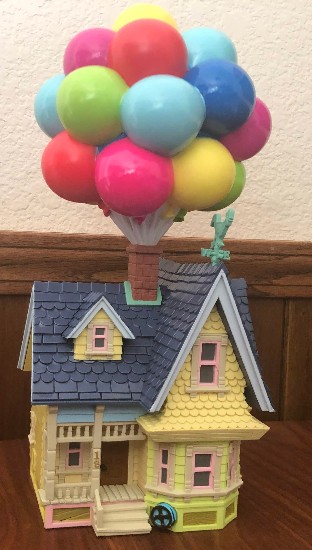 I absolutely love having this set in my living room. Being able to relax in my living room and look over to be reminded of my favorite film brings out a lot of emotions. Most importantly, it makes me smile and helps my house feel a little more like home.

For more fun Disney merchandise and a blast from the past check out our Disney Store in Fairfield review or learn more about the Disney Family Museum.