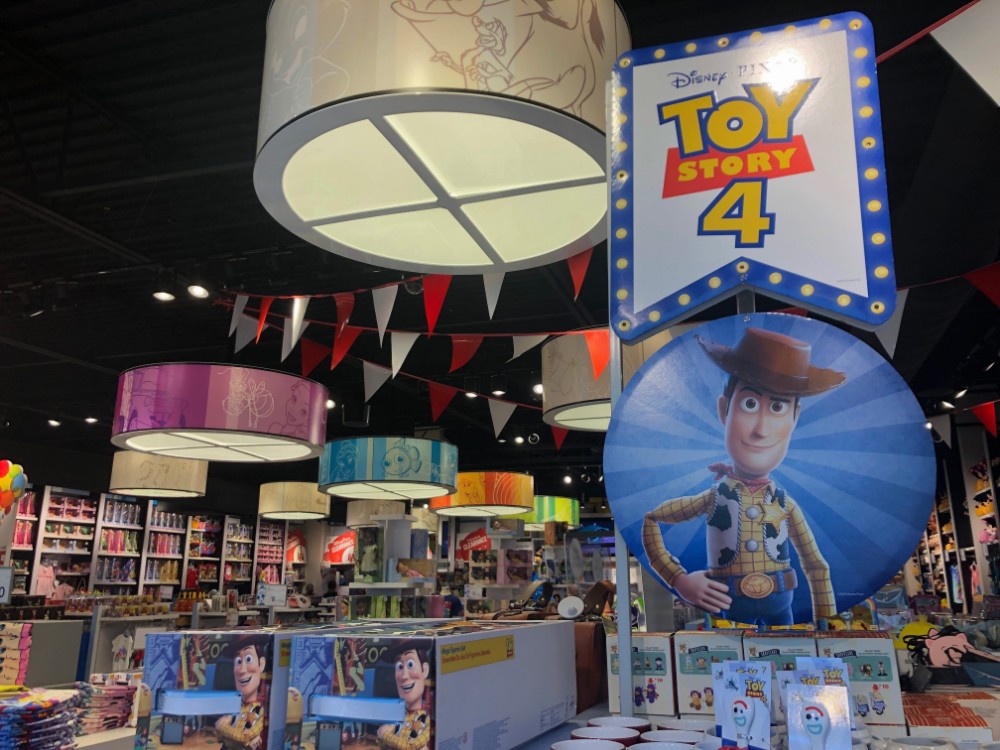 Posted at 09:54h in Merchandise, Movies by Ellie 0 Comments 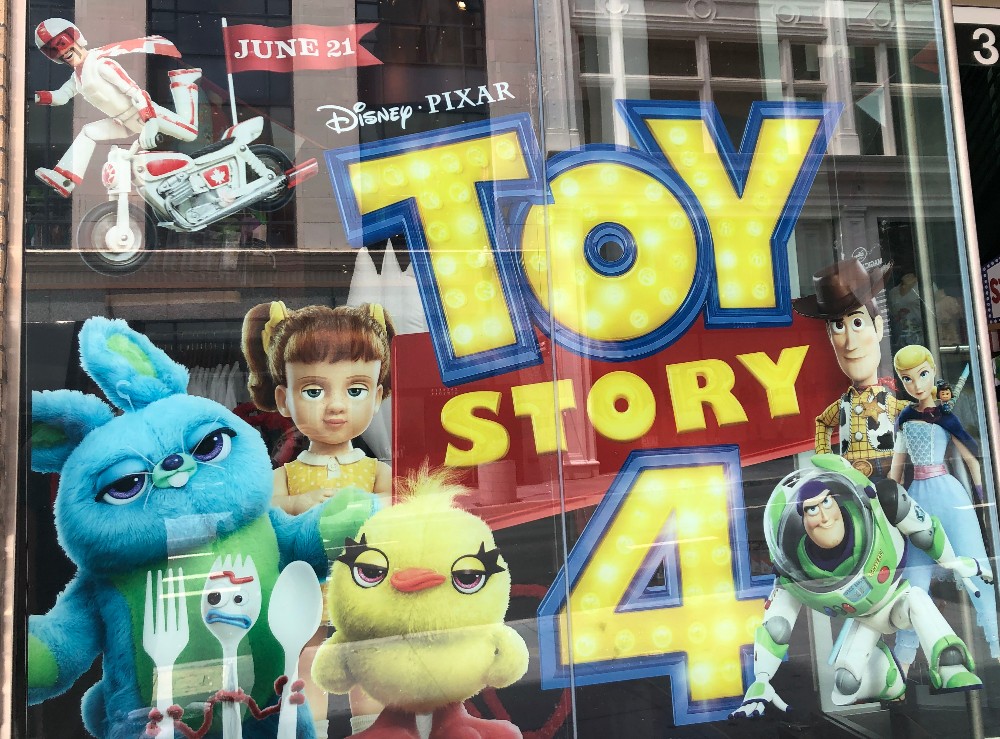 I have not met a single person who does not love Toy Story. Sure, few say that some of the films are okay. And others are worried what adding the fourth movie is going to do to the beloved franchise.

Regardless, Toy Story fans of all kinds can be excited about the new Toy Story 4 toys! There are plenty of new exciting things to choose from, including clothes, toys, or even home goods.

Plus, the new merchandise includes old favorites and some of the faces we will be meeting Toy Story 4. Recently, we did a post about the Toy Story 4 merchandise at Target.

I quickly found that there is an endless supply of Toy Story merchandise just about everywhere. I decided to make another post to showcase some that stood out to me. 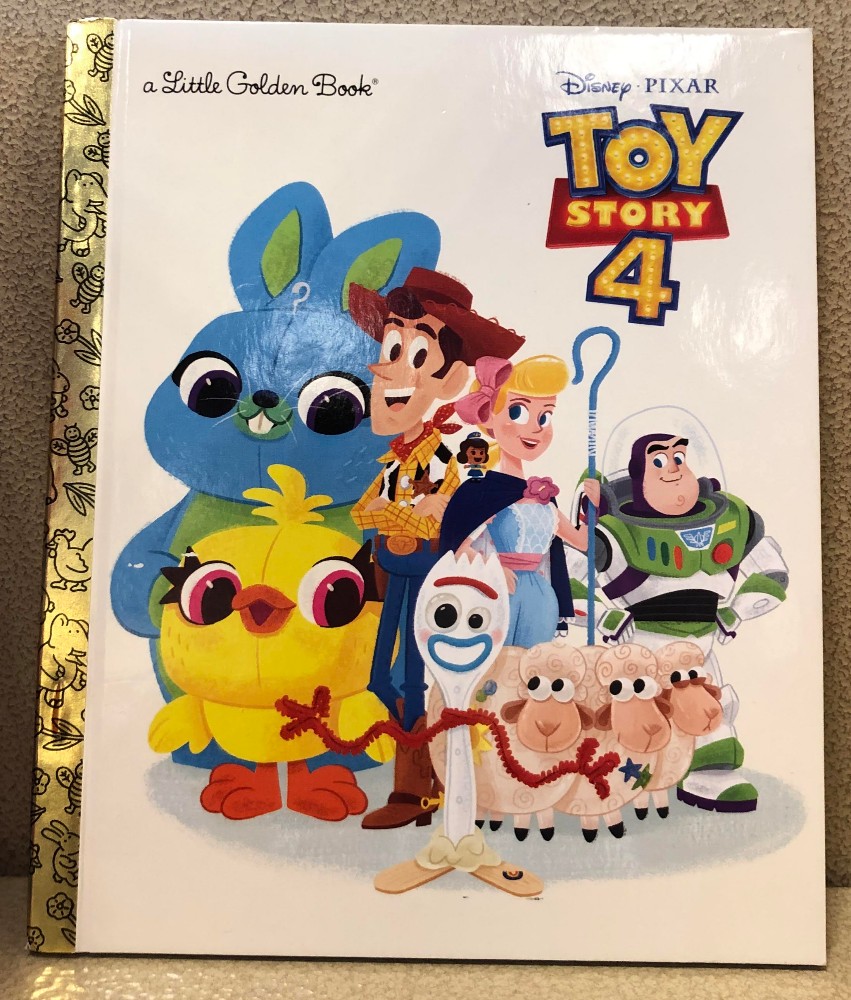 Little Golden Books also has versions for Toy Story 1-3, so you can relive the entire series if you so choose. The artwork is cute, and the stories are simple so that all readers can handle it. It is just short enough to be a sweet bedtime story for your littlest ones too. 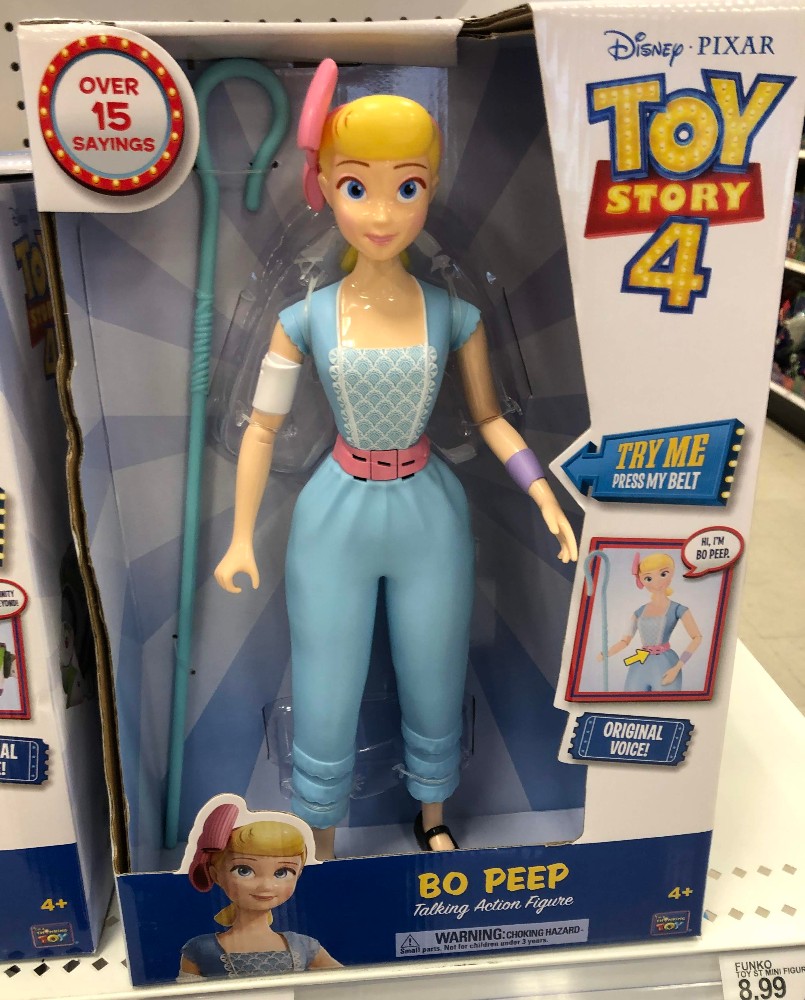 Bo Peep was never a weak character, but rather a minor role. We remember her most as Woody’s love interest in the first film. She playfully flirted with our favorite sheriff but was a toy from Molly’s room. In Toy Story 2, we got to see Bo Peep at the beginning of the film, but she was not part of the crew that set out to rescue Woody.

Sadly, we discovered in Toy Story 3 that something happened that separated her from the group. To our delight, she’s back in Toy Story 4 and seems to come into her own. There are lots of new merch featuring Bo Peep, including a talking action figure. She is a pretty standard action figure, but she is painted in such a way to give that porcelain shine that she has in the films. 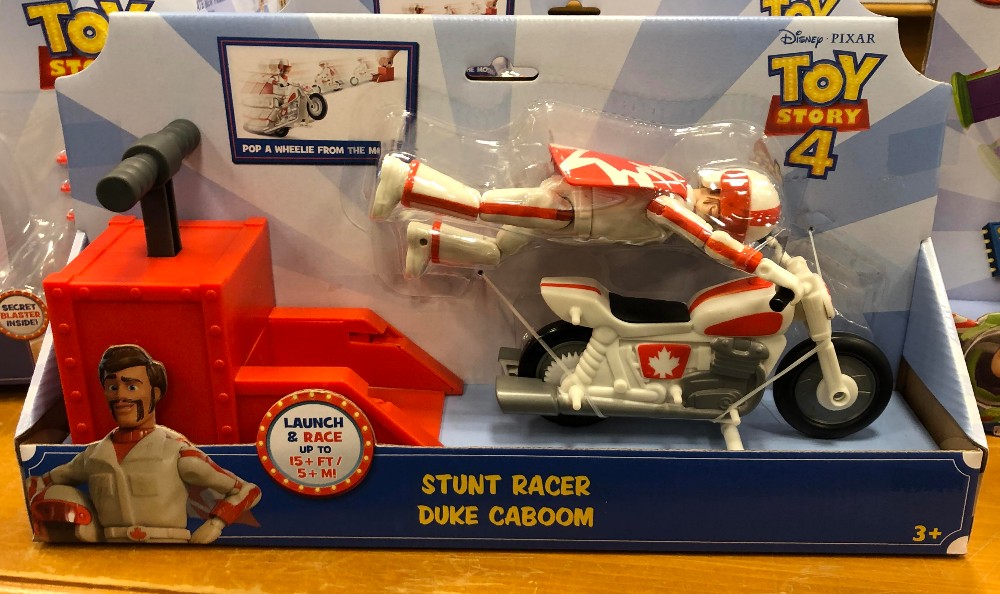 Duke Caboom is a new character in Toy Story 4 that has so many people excited. This stunt racer toy is pretty basic, but I thought it was neat how you can reposition Duke to do different positions on top of his bike. There are even ways that you can manipulate the bike to do more tricks.

Without knowing much about the character, the toy seems charming. Given that there does not appear to be as much merchandise for him, I am guessing he is not in the film for long. But with Keanu Reeves as his voice, I’m sure he will be memorable. 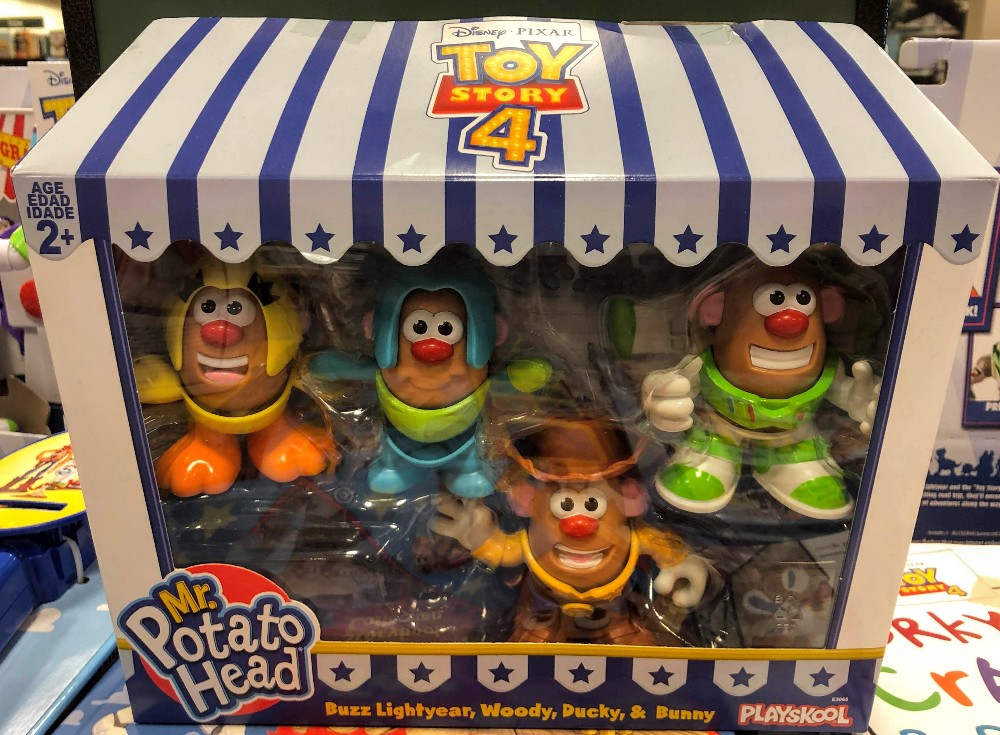 Part of the fun of a Mr. Potato Head toy is the simplicity of it.  Here is a new twist on the Potato Head with these Toy Story 4 potato head figures. Four little potato heads that come dress up clothes to make your potato Woody, Buzz, Ducky, or Bunny. 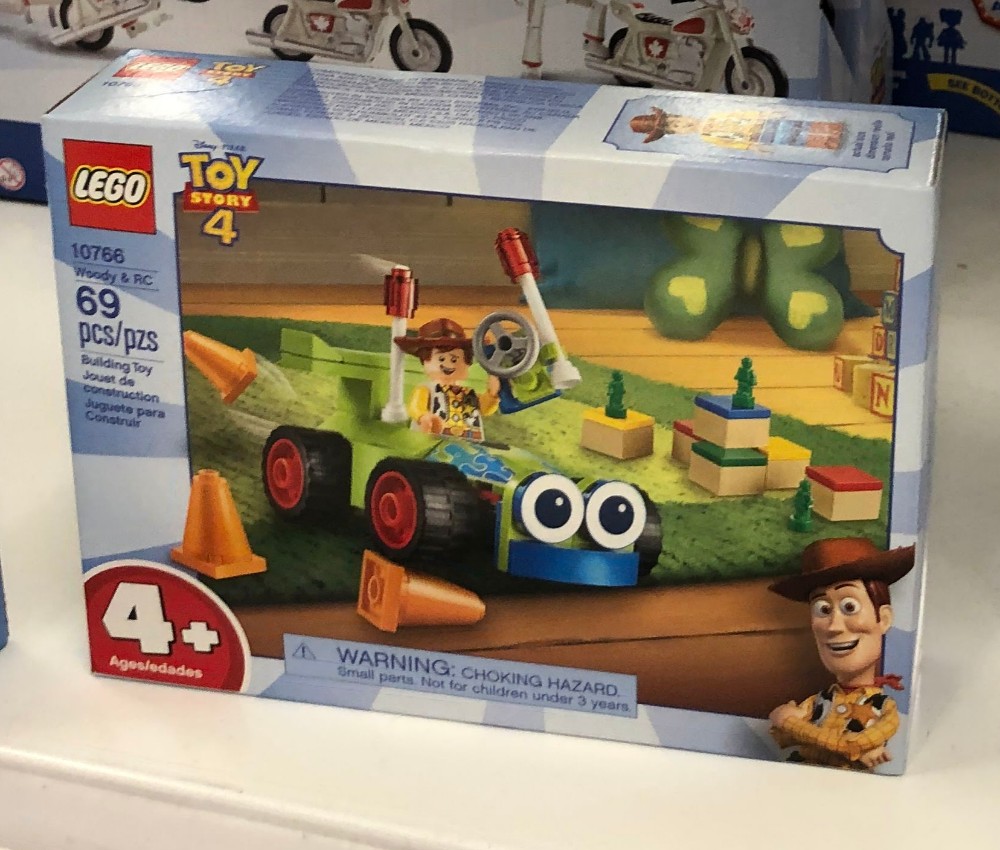 New Disney movie means new Lego Sets! And there are plenty of Toy Story 4 toy options. A lot of these definitely seem like they are providing hints as to what happens in the film. 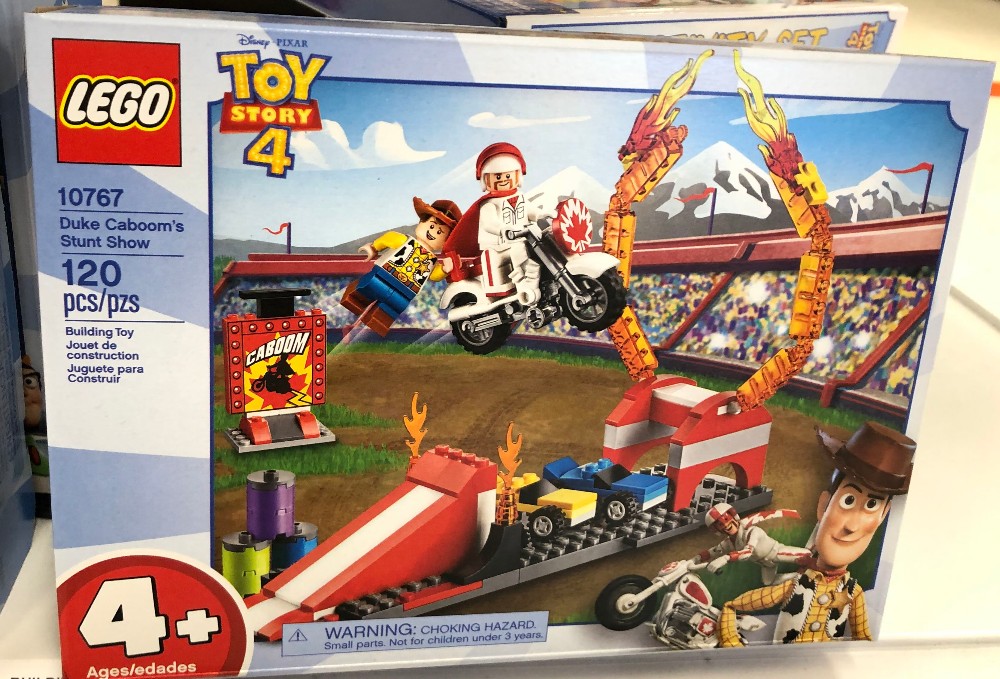 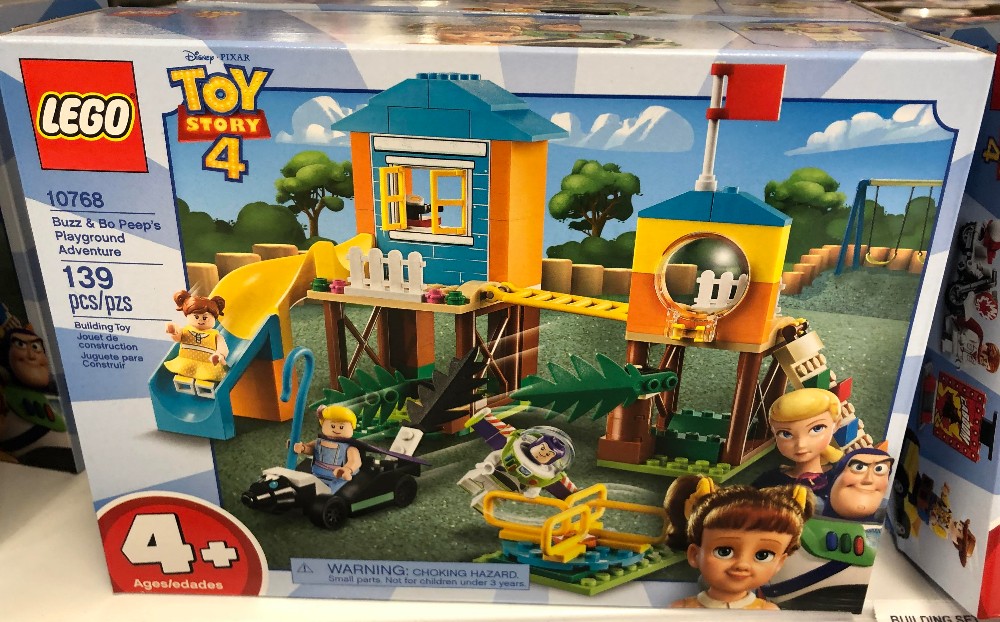 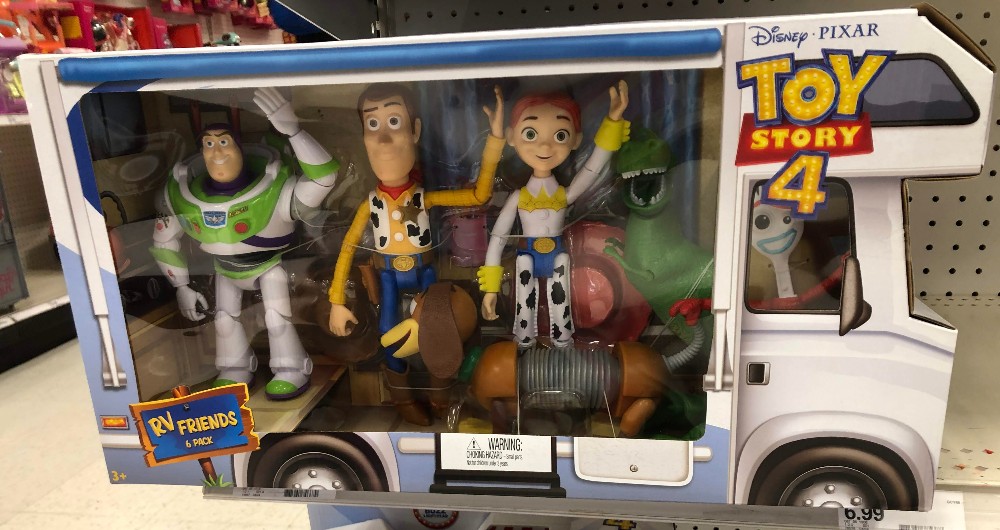 If you are looking for a complete set, this RV Friends set is perfect. Comes with six total toys: Woody, Buzz, Jessie, Rex, Slinky, and Forky. 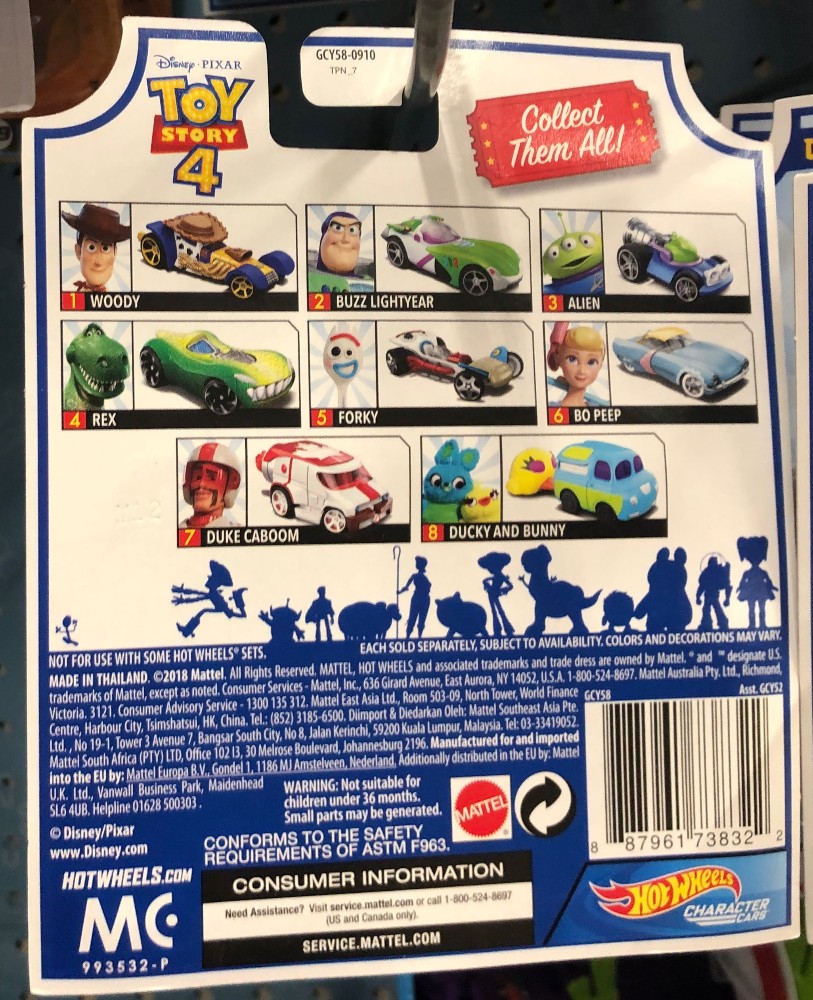 Whether you like to collect Hot Wheels cars or you love Toy Story 4 toys, there is something for you. Hot Wheels put out character cars for several characters from the new film. You can collect 8 in total. They include Woody, Buzz, Aliens, Rex, Bo Peep, Forky, Duke Caboom, and Bunny with Ducky. 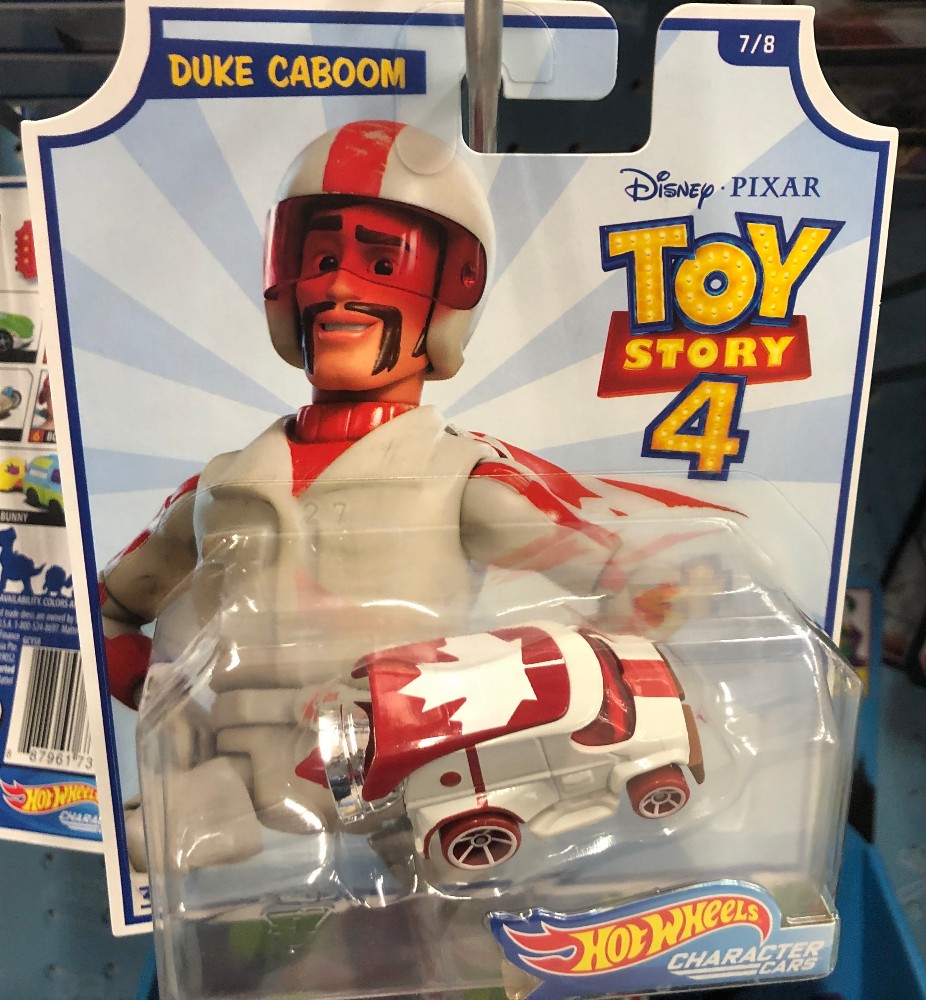 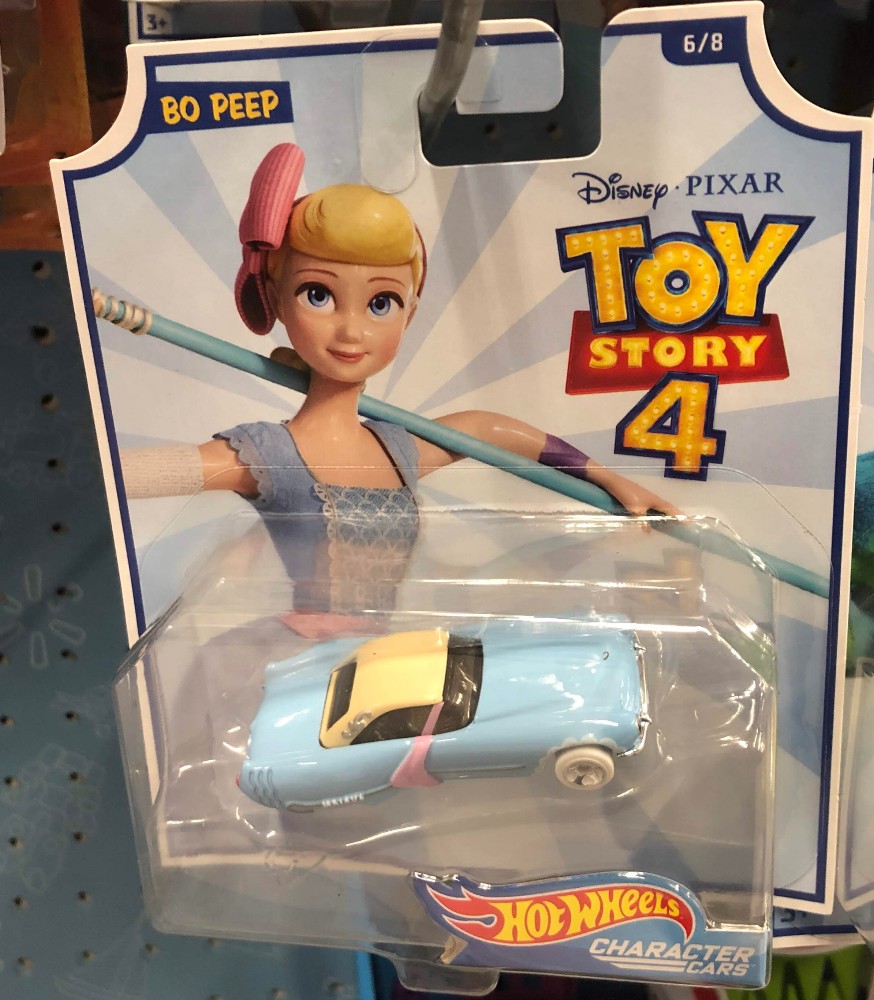 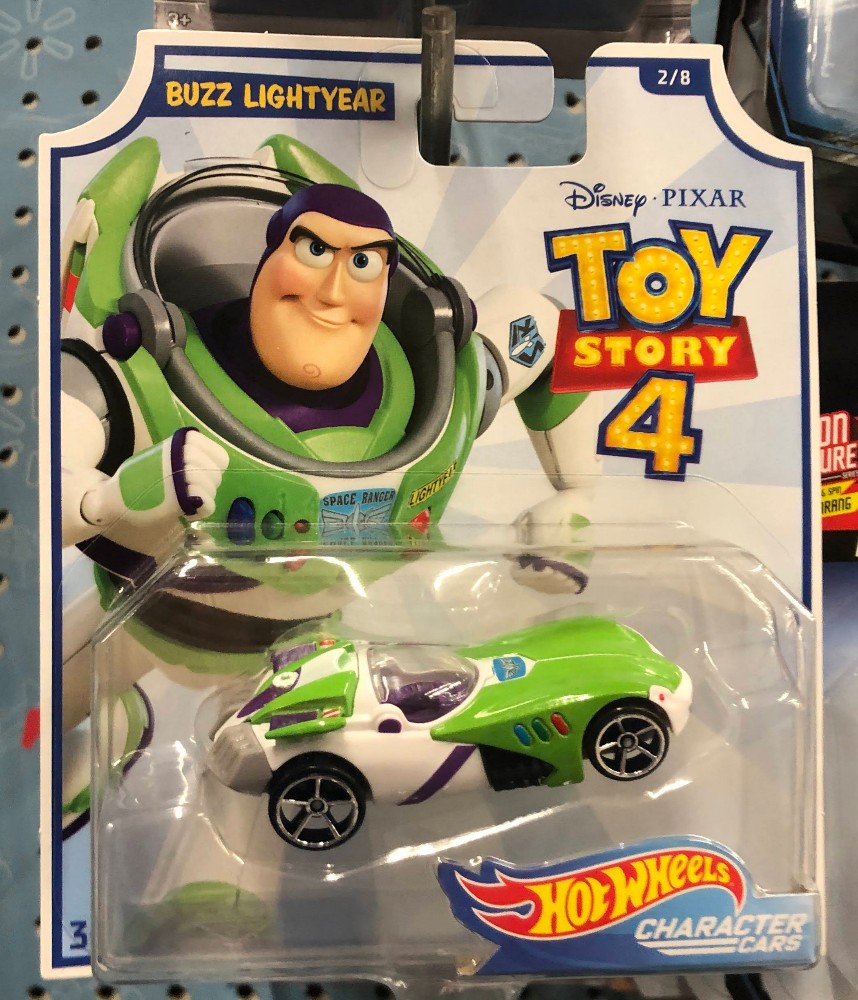 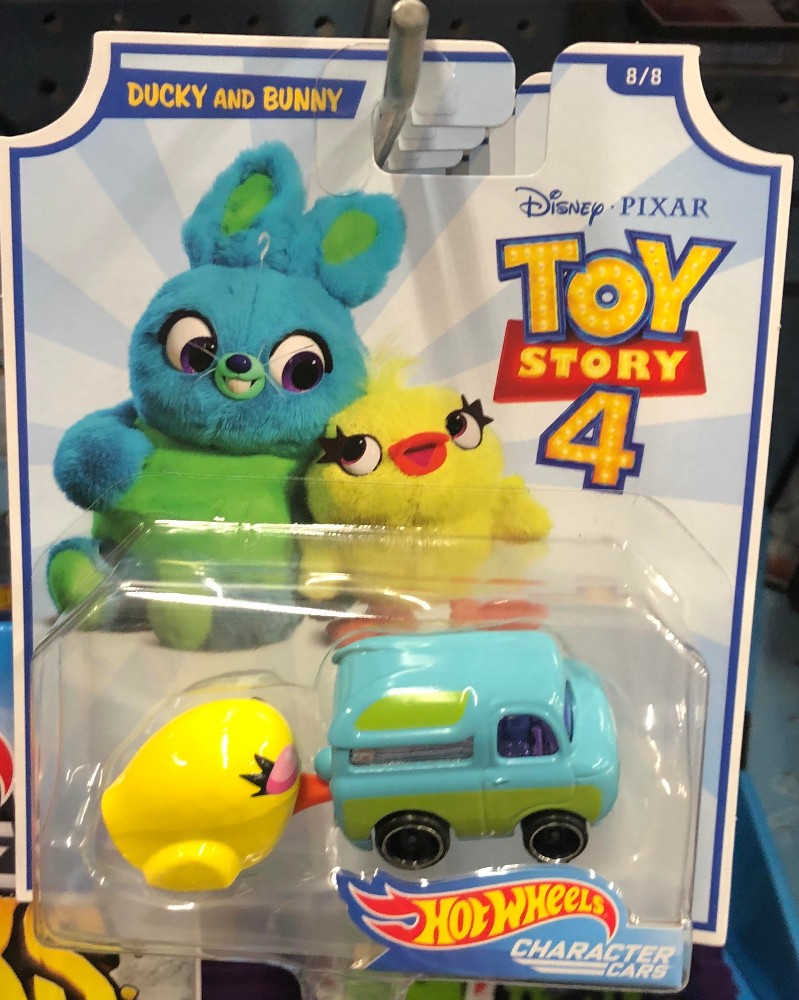 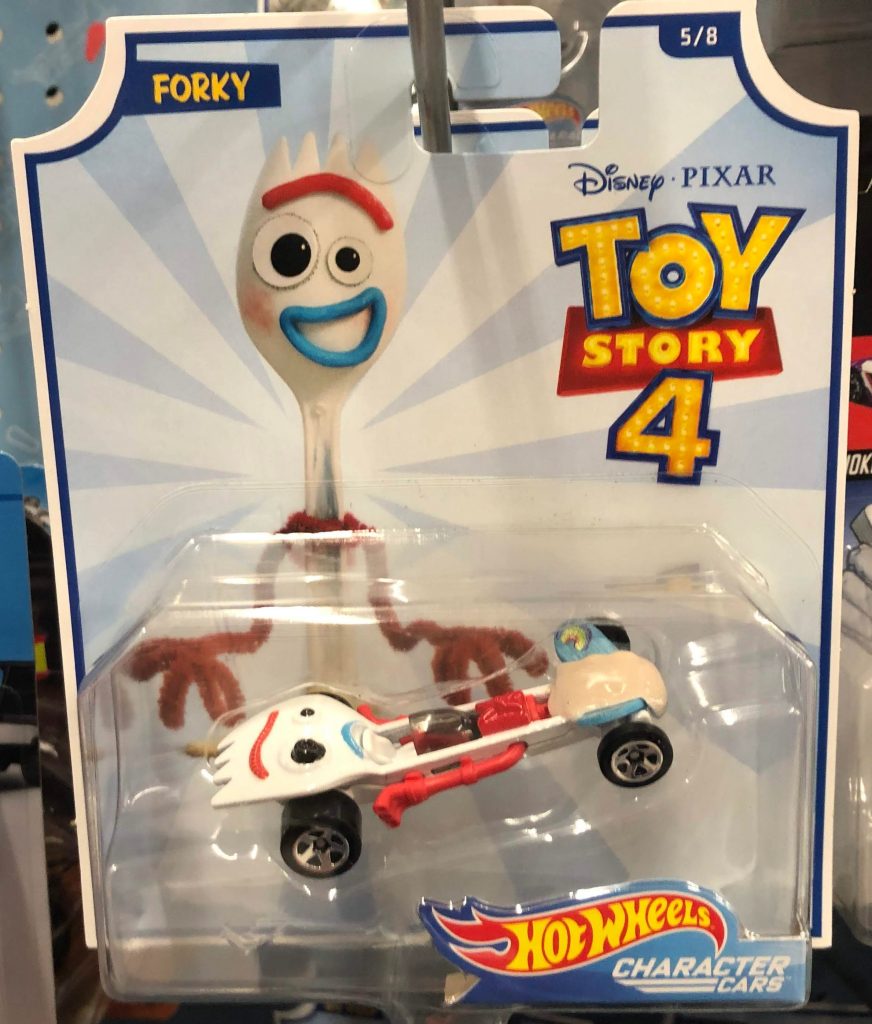 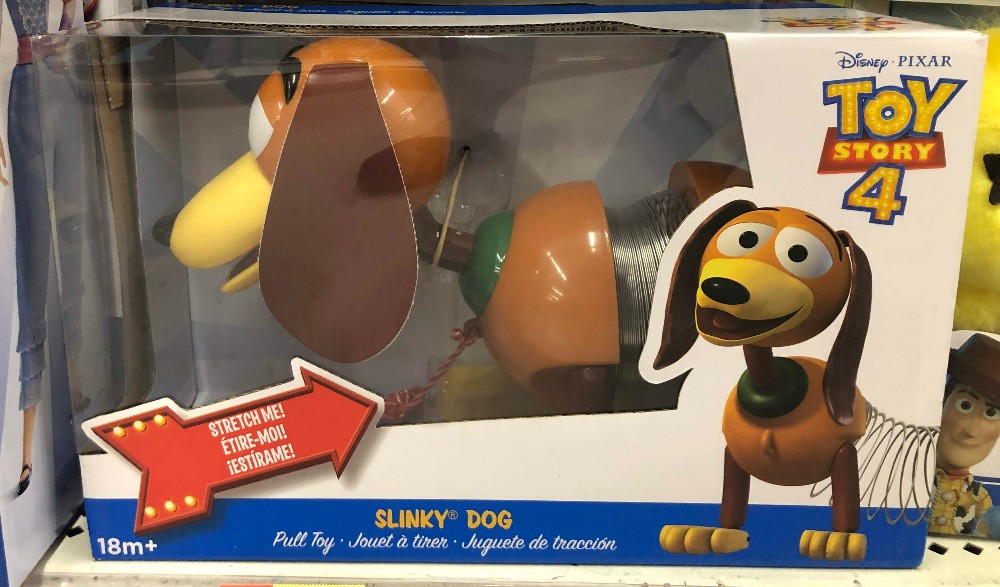 I love the screen accurate toys. You can get your very own Slinky dog with the new Toy Story 4 toys. There has probably been a version of Slinky available with the launch of each film in the franchise. But it always warms my heart to see Slinky. 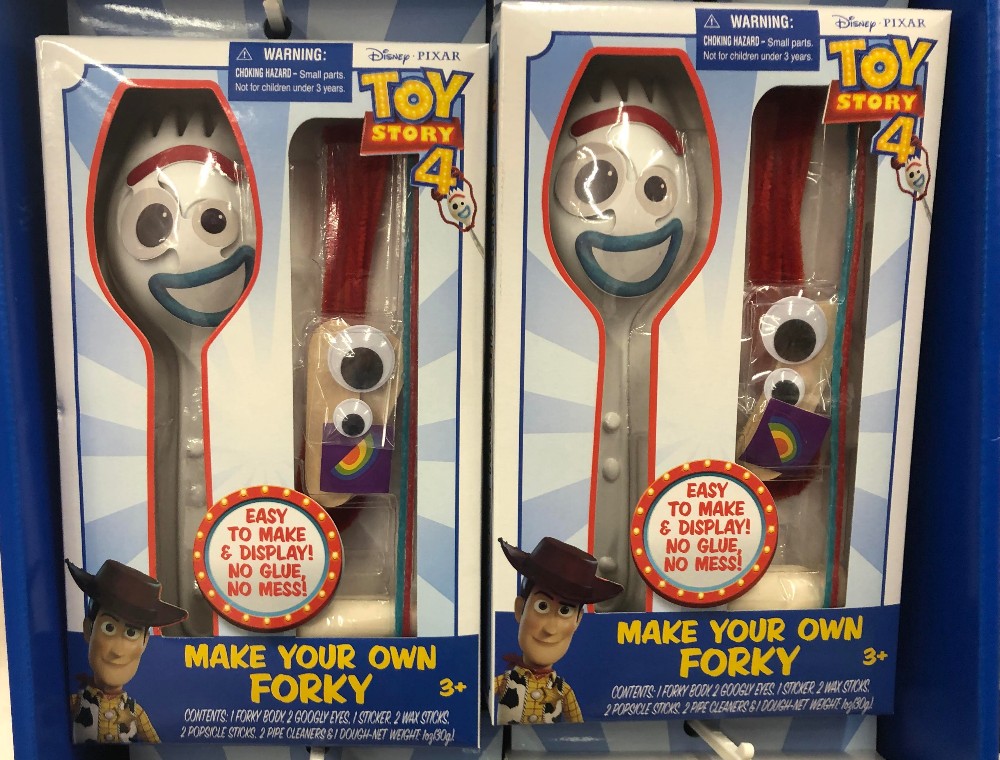 Make Your Own Forky

Speaking of screen accurate toys, you can make your own forky. The best part about this toy is that it is all ready for you, so you do not need glue to the adhesive to put him together. 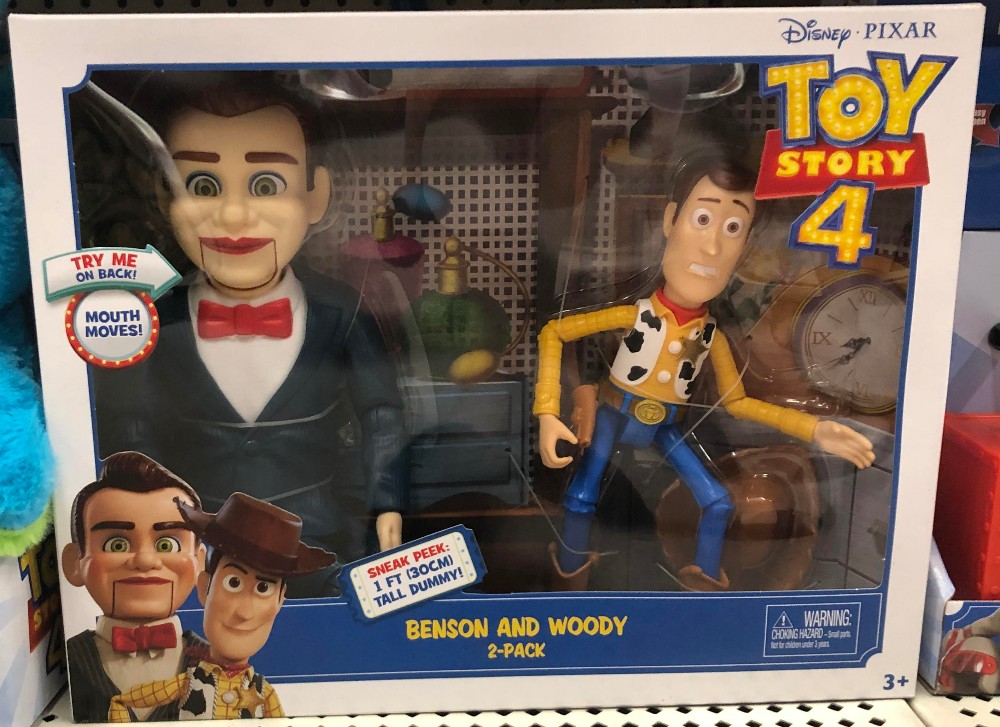 Just from what I have seen from trailers, Benson looks a little scary. And with this set, Woody’s face tells me my suspicions are accurate. I’ll find out for sure when I see the film tomorrow if Benson is a friendly fellow or not. 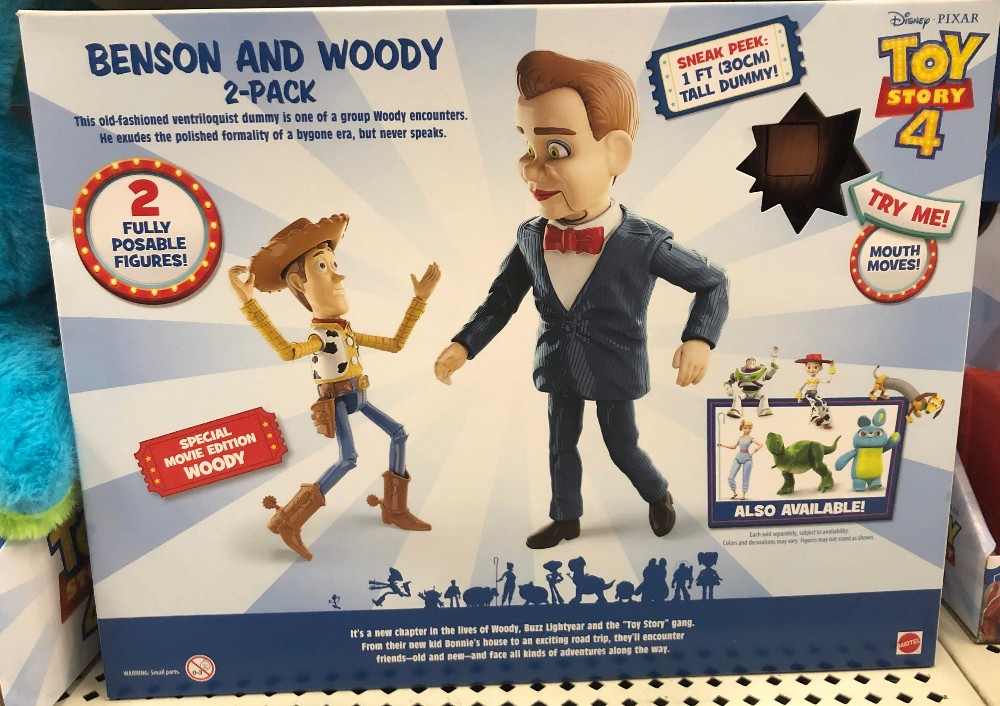 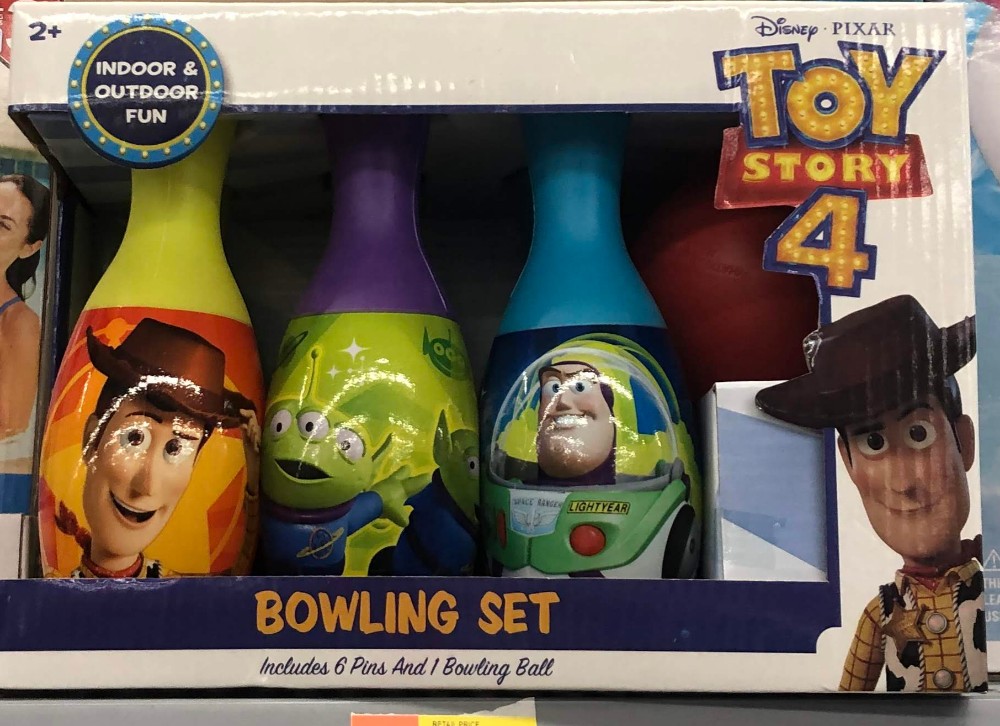 This bowling set is super cute and is durable enough to be used inside or outside. This is a great gift for anyone with a toddler.  It gives them a toy with characters they can recognize and it’s easy to play with at any age. 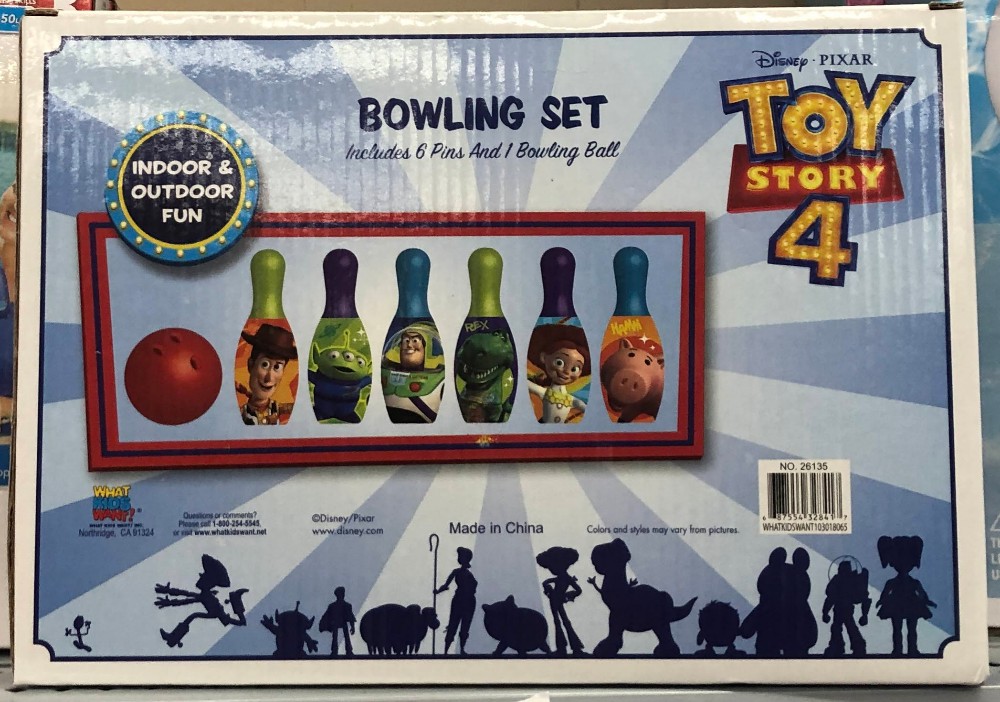 If you love collecting Monopoly sets, there is an updated Toy Story Monopoly. The packaging does not explicitly say Toy Story 4, but you can tell it is up to date since it features Bo Peep with her new look. 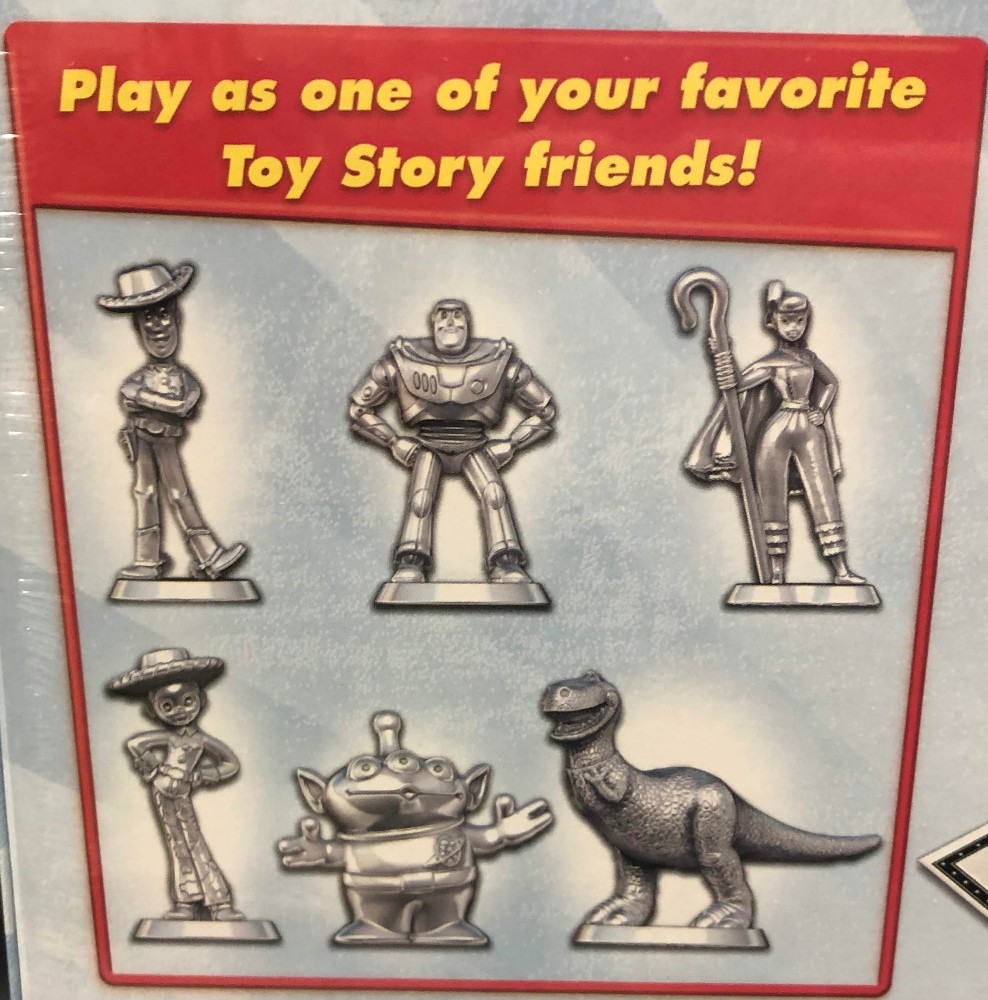 If you can handle the stress of Operation, here is a new set featuring Buzz Lightyear. Internet searches confirmed that this is not the first Operation set featuring our favorite space ranger. But it still looks fun nonetheless. 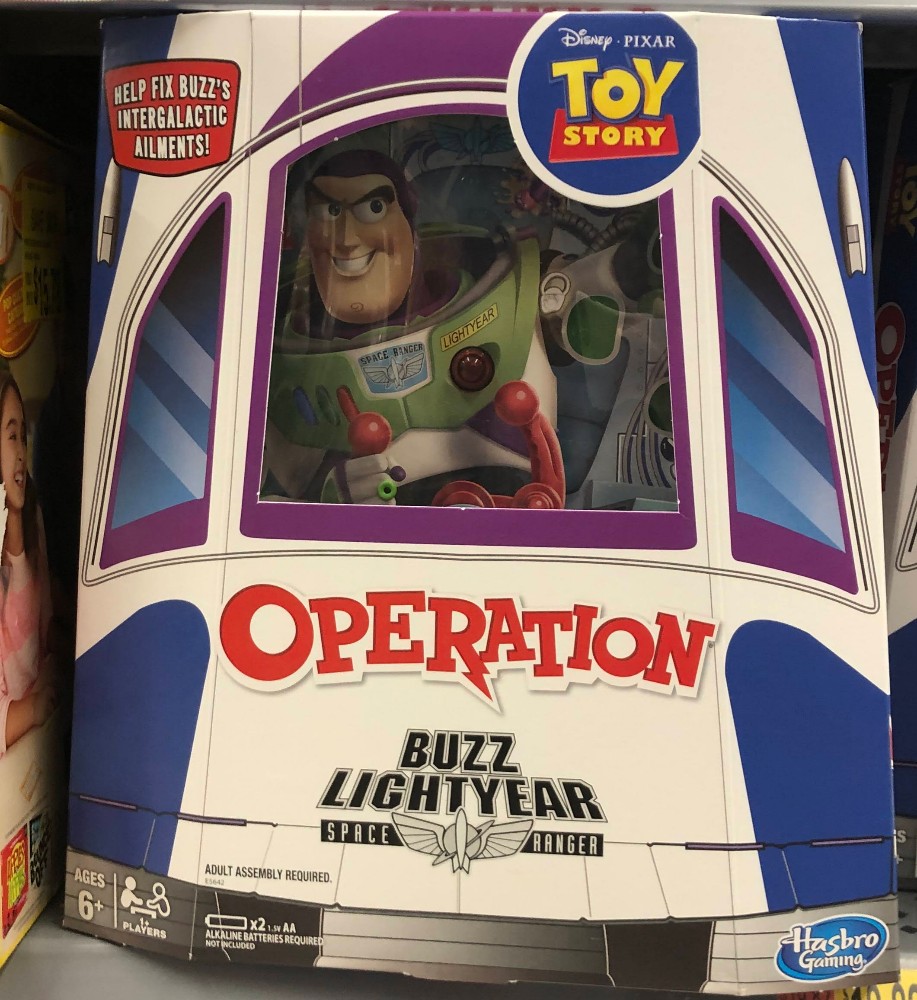 For the little Forky fan in your life, there is a set of adorable headphones. One neat feature of this set is that you can set volume controls for your little ones. Listening to headphones at a high volume can damage eardrums, so this is perfect for families with young kids. 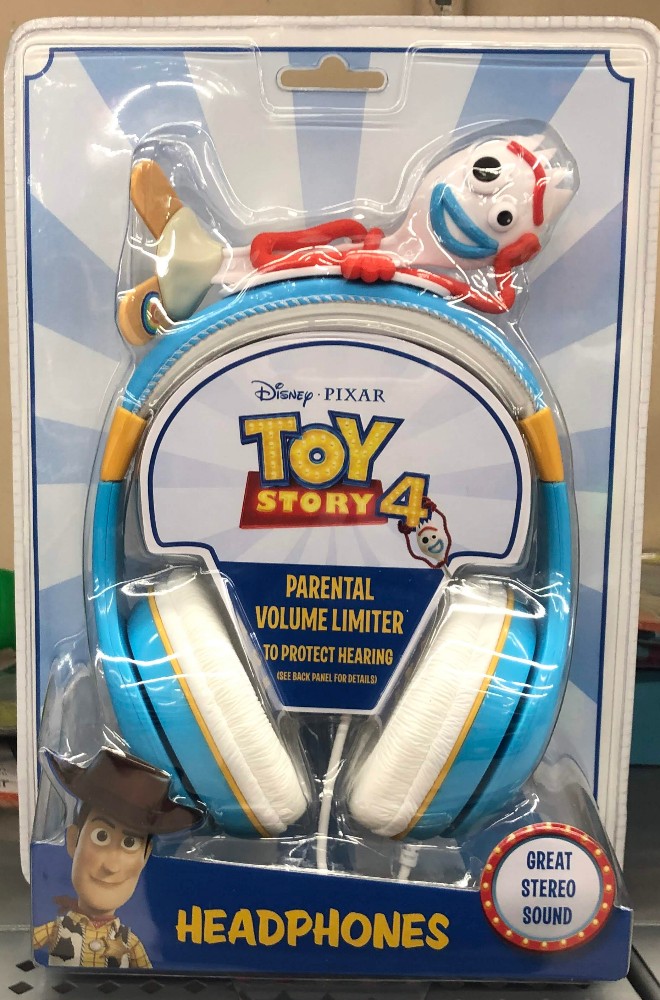 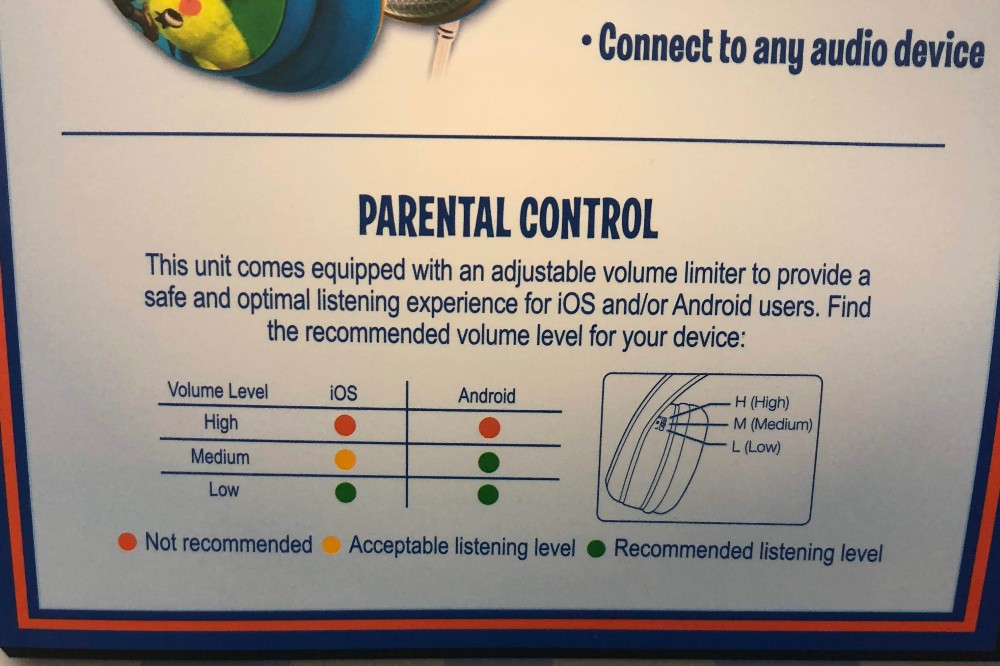 There are lots more Toy Story 4 toys than the ones I featured here. Let me know in the comments what about your favorite Toy Story 4 find. Be sure to check back tomorrow to follow along with my live blog. I’ll be at AMC’s Toy Story Marathon and giving insight on what these long marathons are like. See you later!